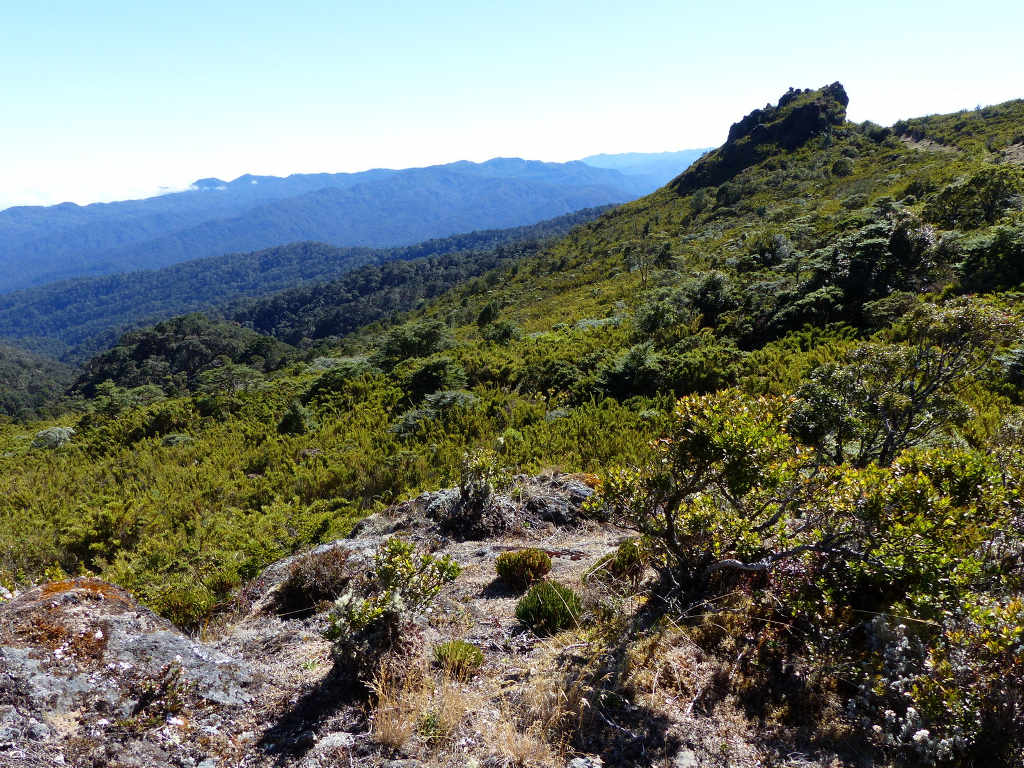 The paramo is bleak, stark, and intimidatingly desolate. It is also hauntingly beautiful and eerily seductive.

The English word paramo comes from the Spanish for wasteland (páramo in Spanish; stress on the first syllable in both languages). It may derive from a pre-Roman language of the Iberian Peninsula. It is sometimes translated into English as alpine tundra or moor.

It refers to a variety of high altitude tropical ecosystems found exclusively in Latin America. It is a biome, or biological community, found in the contiguous countries of Costa Rica, Panama, Colombia, Venezuela, Ecuador, and Peru. Paramos are also found in the Sierra de los Cuchumatanes of Guatemala—a fact often left out of writings on the subject. 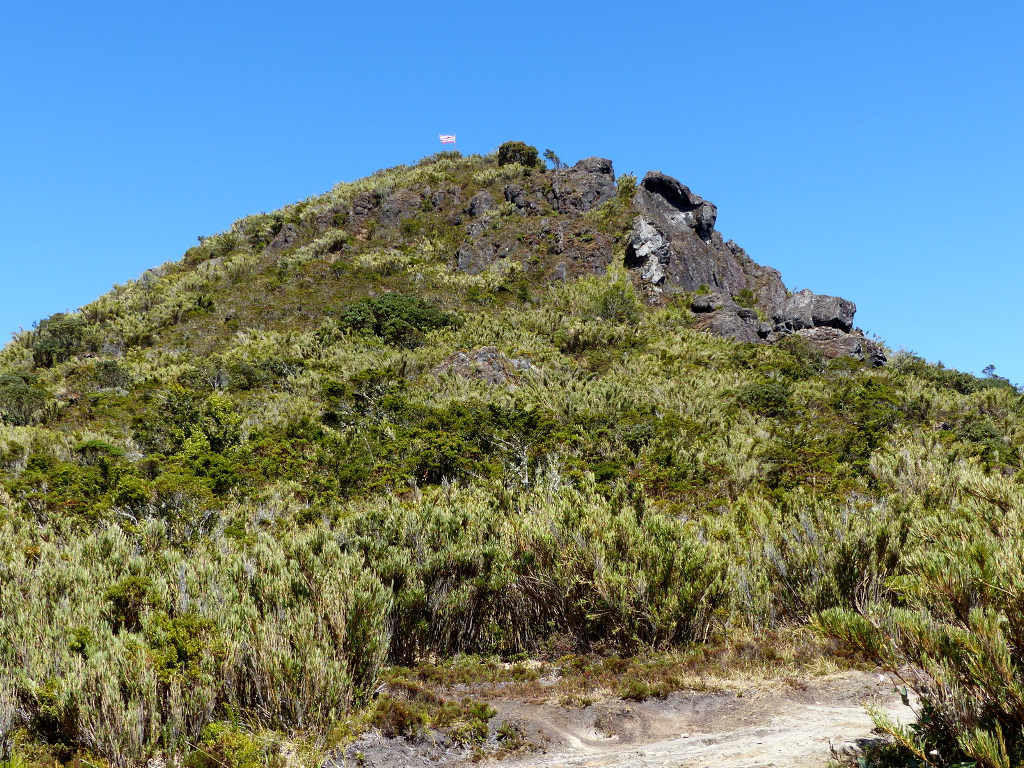 Paramos exist at higher altitudes—from 3,000 meters (roughly 9,800 feet) above sea level to the permanent snowline. This is above the continuous timberline—at least for larger trees. Temperatures are highly variable, but generally much colder than the lowlands. Paramos are sometimes described as daytime summer and nighttime winter. This ecosystem receives a lot of water—rain, fog, cloud moisture, etc.—although the amount varies by region and season.

Paramos are divided into three zones according to altitude, which controls climate and vegetation. The lowest level is the subparamo, found between 3,000 and 3,500 meters (roughly 9,800 to 11,500 feet). This is the paramo ecosystem mostly found in Costa Rica, although at the higher elevations here paramos begin to change over to the middle level—grass paramo. The highest level, extending up to the snowline, is the superparamo. 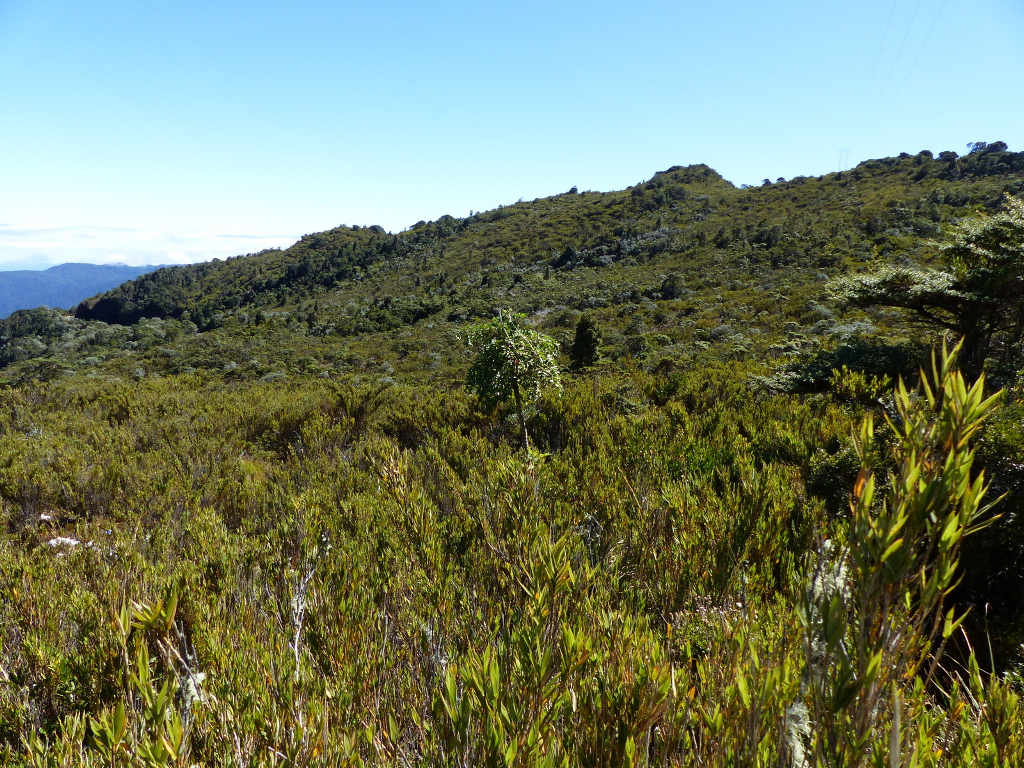 The subparamo is a transition zone with characteristics of the forest below as well as the higher more severe zones. In addition to abundant grass it has scattered shrubs and small trees.

In Costa Rica the paramo is not well known.

Even people living close by paramos are unaware of the ecological treasure they have as a neighbor. They are found mostly along the Cordillera de Talamanca which stretches from southwest of San José to Panama and beyond, especially Cerro Chirripó, Cerro de la Muerte, Cerro Buenavista, Cerro Kamuk, and Cerro Vueltas. There are a number of places between Cartago and Pérez Zeledón along the Interamerican Highway where you can stop to experience paramos. Finally, paramos can also be found on the higher slopes of Irazú and Turrialba volcanoes.

Small ponds are another aspect of paramos. 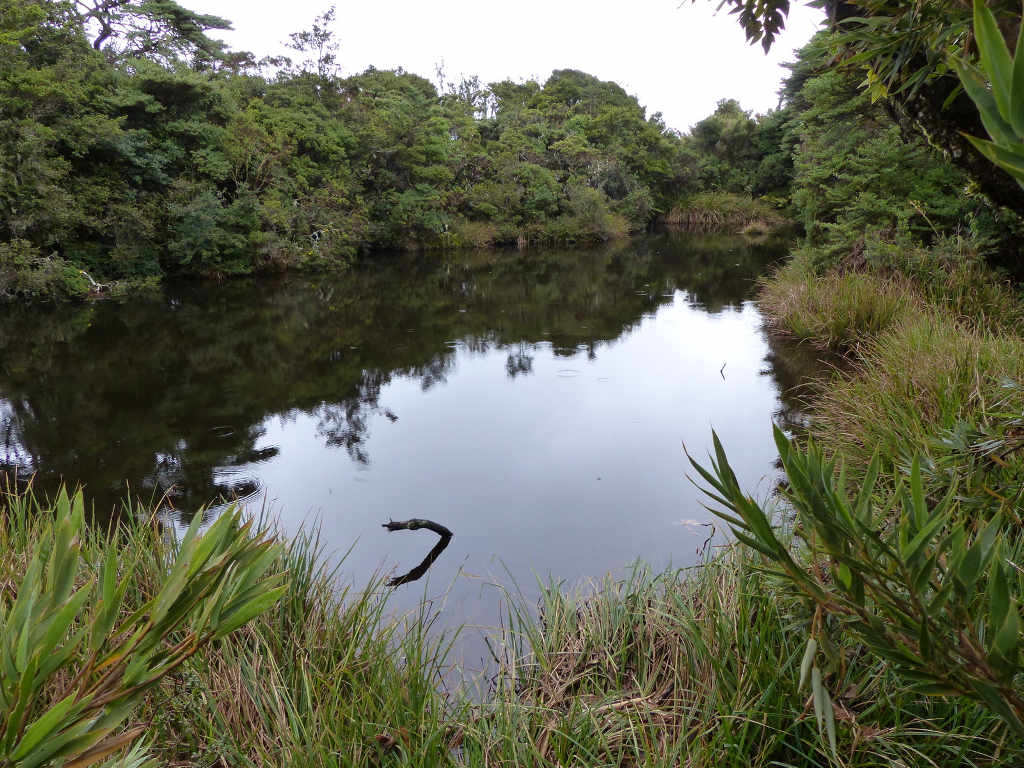 These potholes are called turberas, sometimes translated into English as peat lake. They are often difficult to find due to the dense growth surrounding them—you can pass within a few feet of a turbera without realizing it.

Plant and animal life in the is highly adapted to the severe climatic conditions. Some biologists consider paramos to be hotbeds of ongoing evolution.

Getting out into the paramo is challenging due to the thin air and rough terrain.

Still, I would encourage you to at least stop along the highway to appreciate a highly unusual and rare biological community.

Jack Donnelly
Jack Donnelly is a writer, photographer, and speaker living in San Pablo de Heredia. His topics of interest include Costa Rican folk culture, national traditions, traditional cuisine, ecotourism, and wildlife. Donnelly is the author of COSTA RICA: Folk Culture, Traditions, and Cuisine which is available on Amazon in paperback and Kindle.

TODAY COSTA RICA - The next time you're traveling from La...
Read more

Correction: Not enough coffee this morning, had the temperature conversions wrong....
Read more

QCOSTARICA - The government announced this Friday afternoon that...
Business