Parents Should Inspect Buses That Transport Their Children to School 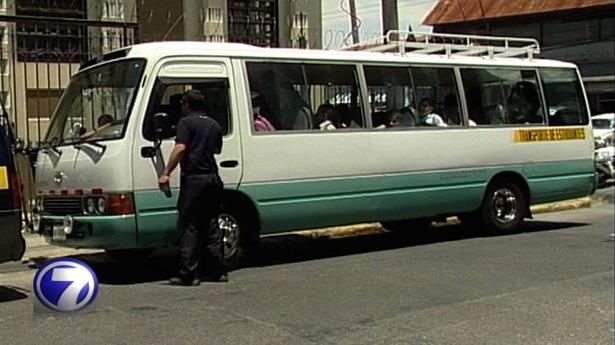 In a couple of days the 2013 school year starts in Costa Rica* and as a precaution parents should inspect the vans and mini-buses that are used to transport their children to and from school.

But, few are concerned about security and even less on inspecting the school transport vehicles.

According to Riteve, the vehicular inspection service, 6 out of 10 “school vehicles” failed the inspection on the first visit. More than half had to undergo a second inspection and more to correct the problems that ensure road safety.

Some of the main problems for not passing the inspection were with faulty brakes and missing or non-working seat belts.

Fortunately school bus accidents are few and far between. However, just one accident is one too many, like the one where the vehicle’s brakes failed and slammed into a house to prevent rolling down and over a hill.

That accident occurred last May 2012 in Granadilla, the east side of San José, killing four – among them a 10 year old boy and his 19 year old pregnant sister.

The vehicle in that accident has all its papers current, but Riteve records indicate that the vehicle had to be inspected 4 times, the first three failed for problems with its brakes.

Come Wednesday, almost 200 Tránsito (traffic) police officials will be posted at or near schools for a safe return back to school.