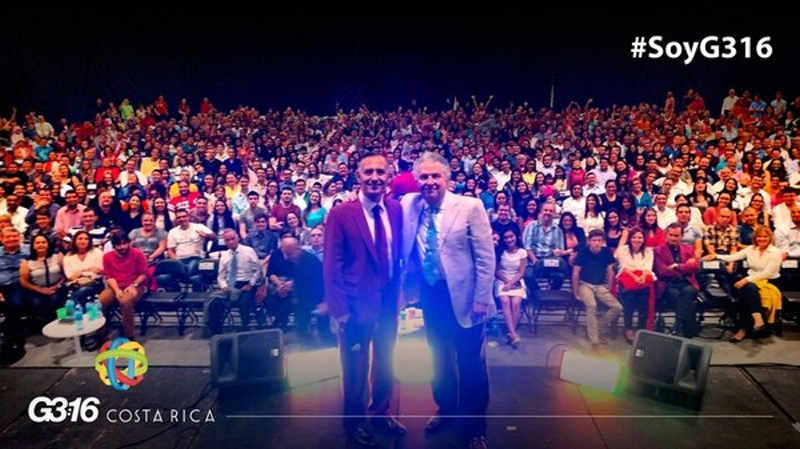 Dubbed “pastor to the rich”, Chavarria was arrested in Asuncion de Belen shortly after noon on Monday by agents of the Organismo de Investigacion Judicial (OIJ).

Although the women filed the complaints individually, judicial authorities are prosecuting the case in a single file.

According to a report by the Universidad Semanario former members of the religious congregation say that the victims could reach as many as 50.

Chavarría was part of the campaign team of former presidential candidate Fabricio Alvarado and founder and leader of the Generación 3:16 church, a religious group attended by businessmen, politicians, athletes and well-known faces of Costa Rican television.

In the face of growing claims of victims, seven of the pastors who led the church, together with Chavarría, announced a week ago their separation from the religious group and rejected any link with the name of G3: 16.

One who publicly announced her withdrawal of the organization was Carolina Malavassi, who was Chavarría’s the right hand, especially in political matters, and the one in charge of running two schools that operated under the control of the church.

“For the respect that all my relatives and friends, I hereby inform you, that I am totally detached from the G3: 16 church and deplore all the facts reported and recently discovered,” said Malavassi.

The G3: 16 church was led by Chavarría for more than three decades, a low profile pastor in public opinion, but of great influence among select groups of parishioners such as some political leaders, athletes, businessmen and faranduleros (showbusiness people).

If convicted, Chavarria faces 2-4 years for each count, with the possibility of a longer sentence if there are aggravating factors, such as the abuser being a relative or the victim is a minor, among others.

- Advertisement -
Paying the bills
Previous articlePublic Health Workers Strike Continues Today. Why Are They Striking?
Next article“Once upon a time in the jungles in Costa Rica”

QCOSTARICA - Three adult men and an adolescent have accused a...
Read more