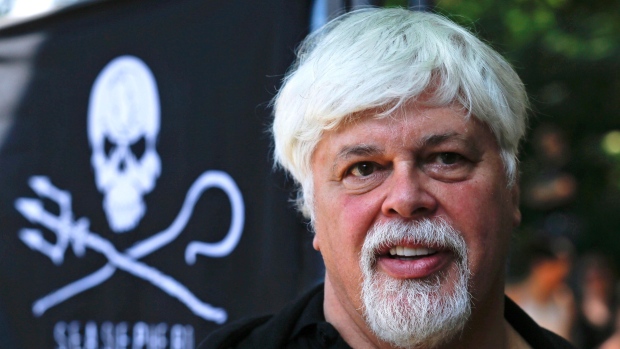 QCOSTARICA – Paul Watson, Canadian environmental activist and founder of the Sea Shepherd Conservation Society, says his life is in danger in Costa Rica, a country that is aggressive but not violent. He categorically assures his hands are clean.

“Costa Rica is very important to me for Cocos Island, but over the years I have learned more and have been inspired much Jairo Mora Sandoval and his work with the turtles. He demonstrated a commitment, dedication and courage we need more of and my losing Jairo was an incredible tragedy,” said the leader of Sea Shepherd.

Watson is wanted in Costa Rica for the incident of 13 years ago when the Ocean Warrior ran into the Costa Rican fishing boat Veradero, off the coast of Guatemala.

Costa Rican authorities say that Watson is wanted for the endangerment of a ship and its crew. If found guilty, he could face up to 15 years in prison.

Watson denies the claim, and accused the Varadero’s crew of illegal shark-finning and in international waters, off the coast of Guatemala. The fishermen said the Sea Shepherd tried to kill them by ramming their boat and blasting them with water canons.

Today, Watson and his organization offer the country cooperation.

“I’ve offered two 100 foot ships once used by the United States Coast Guard, have offered volunteers …. and give them access to boats and this team, “said Watson.

However, the Government of Costa Rica did not accept the offer.

QCOSTARICA - During the celebration of the Bicentennial of...
Coronavirus