Perception of Security in Colombia Is Better than the Global Average 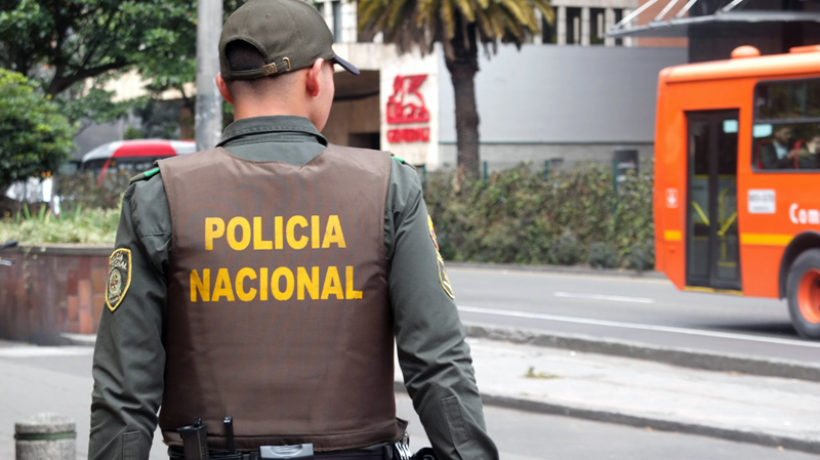 The perception of security in Colombia is better than the global average and more favorable than the three other largest countries in Latin America, according to a recent study from Unisys.

The U.S.-based IT company’s report found that people in Colombia — despite its history of violence and poor reputation — feel more secure on balance than those in the Mexico, Brazil, Argentina, Malaysia, and the Philippines.

Overall, Colombia’s security score fell right in the middle of the pack among the 13 different countries studied. Five countries rank worse and six rank better in the 2017 Unisys Security Index, with the United States receiving the exact same score as its close South American ally.

Colombia’s score of 169 points remains better than global rate of 173 and significantly below Mexico (216), the worst performer in the region and second worst in the study. (A lower score signifies a better perception of security.) Colombia also beats out Brazil (189) and Argentina (177), which both come in worse than the global average. The Philippines is viewed as the least secure nation with a score of 243.

While Colombia’s score has actually deteriorated since the last edition of the the Unisys study in 2014, security perceptions have fallen across the entire world, even in most advanced economies. The score got worse in every country that was surveyed in both 2014 and 2017 aside from Germany. Australia (rising from 106 in 2014 to 157 now) and the Netherlands (from 66 to 125) had the largest change.

“While security concerns have traditionally been high in developing countries, concern is rising the fastest in developed countries, thus closing the gap between the two,” stated the report. It added that, “the attitudes of consumers around the world are dramatically changing — at the same time that their anxiety over security is dramatically increasing.”

The report goes far beyond personal security and national security by also incorporating attitudes toward financial security and cybersecurity. For related reasons, John Kendall, global director of national and border security at Unisys, says that this rise in anxiety has repercussions for the private sector. In short, nervous consumers are simply harder to acquire and more apt to refrain from purchasing new services.

“When people have high feelings of concern, they are less willing to forgo privacy to adopt convenience or support government agencies sharing citizen data,” said Kendall. “They are simply more wary. It is a big inhibitor.”

At the same time, John Bone, Unisys’ head of cyber-resiliency and a retired U.S. Army colonel, says that stronger feelings of insecurity can also prompt people to reach out to the private sector even more.

If they believe the government won’t protect them, they need someone who can. “Citizens are increasingly looking to the private sector to plug the leaks, and there is a lower view of what established governments can do,” said Bone.

In Colombia, The biggest negative influence on Colombia’s score is its high national security score of 189, which is 22 points worse than the 2014 level.

Financial insecurity, which focuses on bank and credit card fraud and the population’s ability to conduct essential financial obligations, is also high at 173 points. Personal security scored 163, and internet security is seen as a low-level concern at 150.

Troublingly, when looking at the category subsets, bank fraud ranks as the individual concern that has grown the most since 2014, spiking by 65%. Identity theft has performed nearly as bad, with a 64% jump, and the fear of disasters and epidemic risk (a single category) has grown the most at 71%.

Earlier this year, Colombia suffered its worst natural disaster in decades when a flash flood killed more than 300 people in the city of Mocoa. Nationwide flooding has also led to deadly catastrophes in Manizales, the Pacific region of Chocó, and elsewhere in 2017.

One aspect of the survey unique to Colombia is a question about security improvements and other benefits related to the peace accord that the government signed late last year with the country’s largest guerrilla group, the Revolutionary Armed Forces of Colombia (FARC).

More than half (51%) expect the peace deal to have a benefit in terms of urban and rural security, while exactly 50% think it will improve the international image of the country. Another 48% expect peace to bring more foreign and domestic investment, 40% say it will benefit tourism, and 30% project better border security. Despite the fact that the peace process remains controversial and politically polarizing to some Colombians, less than one in 10 (7%) said that the FARC demobilization will have no benefit in any of these categories.

The Global Security Index analyzed the environment in 13 countries, including Colombia, Brazil, Mexico, and Argentina in Latin America. The others studied were: the United States, the United Kingdom, Germany, Australia, the Netherlands, Belgium, Malaysia, Philippines, and New Zealand.

In Colombia, Unisys surveyed more than 1,000 respondents from across country. Roughly half of those surveyed come from Bogotá and the other main Andean cities, one-third are located in the Caribbean and Pacific coastal regions, and the remainder are spread throughout the rest of the nation.