South AmericaPeru
By Rico
25 May 2017
Paying the bills

(Q24N) The Peruvian government wants to replace coca farms with alternative forms of agriculture, but first it must retake over 50,000 hectares of land from rebels.

Thus, for the first time, the Peruvian army will enter criminally controlled coca-growing areas as part of a plan to eradicate half the country’s supply of the leaf used to make cocaine, the government said on Wednesday. 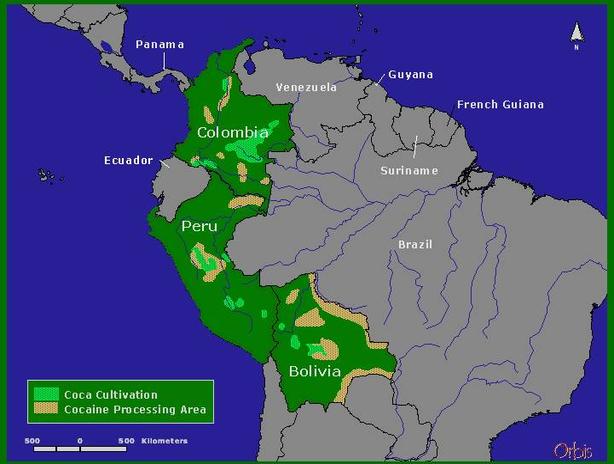 Some 50,000 to 55,000 hectares of coca-growing areasi are controlled by heavily-armed rebel groups and drug-trafficking organizations. Some 75 percent of Peru’s coca is grown in a an area of Amazon of the size of Puerto Rico seen so far as too dangerous for police and soldiers to enter.

The government’s goal, she said, is to eradicate half of Peru’s coca plants over four years. The plan includes the introduction of 4,000 hectares of alternative crops meant to keep farmers away from the cocaine trade.

Peru and its Andean neighbour Colombia are the world’s biggest cocaine producers, according to the United Nations.

Only about 10% of the coca grown in Peru is used for traditional purposes like being chewed as a source of energy, or made into tea or medicines. The rest goes to drug smugglers.