The poisoning to two beloved house dogs, Teo and Simon, belonging to belonging to Karina Gonzalez led to a demonstration protesting animal cruelty in barrio Pinares in Curridabat Saturday, reported La Nacion. Ms. Gonzalez had just recently moved into the district with her husband and two-year-old daughter.

The dogs were in an area enclosed by iron bars when someone slipped a poisoned sausage between the bars. At least one neighbor had complained about the dogs barking keeping them awake. One anonymous missive said, “It was a barrio of decent people and we can’t sleep now with the dogs barking.”

An aunt of the pet owner, Ilonka Dorado told La Nacion that the dogs slept inside the house at night just to make sure the neighbors were not bothered. The small daughter loved to play with the dogs in the area enclosed by bars, said the aunt, and it was fortunate that the child wasn’t poisoned as well.

“What would have happened if the little girl had come out to play with the dogs as she did regularly and had come into contact with the poison?” asked Dorado, “The ‘decent’ people don’t kill. This is the reason for the protest. If the law can’t protect people, we will.”

“My niece wants to sell the house in this neighborhood because of what happened,” the aunt added, “She’s very depressed because those dogs were like her children.” La Nacion reported that the family has a video of the act. 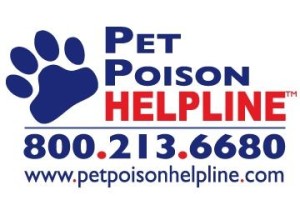 Allan Sanchez, head of Animal Health Service in the metropolitan area said that usually people don’t report such cases to the authorities and, when they do, it is hard to catch the perpetrator. He said that only two cases in Cartago and one in San Jose had been reported this year.

He added that not even this most recent case in Pinares had been reported. The number of the Animal Health Service is 1179-9007. If a poisoner is caught, he faces a heavy fine. Sanchez says that he would like to see the video.

Commentary: Anyone who has had a beloved house pet poisoned can sympathize with this family. The persons who do this are not only unthinking of the danger in which they place children but the agony that the animals suffer before death.

These people are cowards who don’t bother to talk over a problem of a noisy pet with the owner. Nor do they care about the pain of animal or owner. Strychnine, the poison most often employed because it is cheap and easily available, makes for a particularly cruel death.

- Advertisement -
Paying the bills
Previous articleGringo Mistakes Made in Costa Rica
Next articleAre Rumours of McDonald’s In Atenas Linkbait?

Do you know anyone who handles stress really well?...
Health