Are Rumours of McDonald’s In Atenas Linkbait? 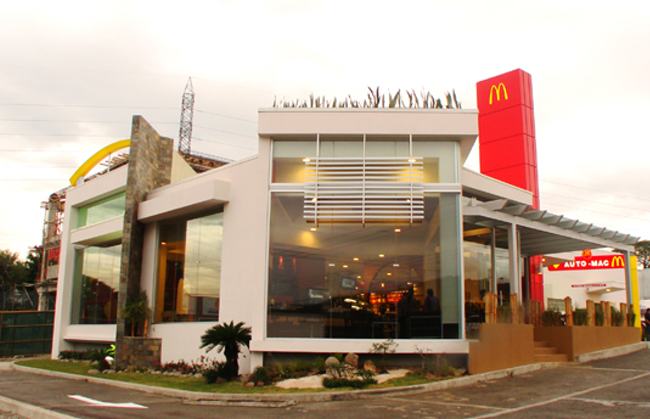 Is Arcos Dorados Costa Rica (ADCR) S.A., opening a new McDonald’s restaurant in the municipality of Atenas, province of Alajuela? A recent post in a blog authored by an expat living in Costa Rica claims that:

A pretty innocent status update on Facebook has blown into a brouhaha regarding McDonald’s coming to Atenas.

The blog post in question was written by Mark Van Patten. His LinkedIn profile indicates a lengthy career in the venerable newspaper industry in the United States. Mr. Van Patten also lists Examiner.com as one of his present-day writing endeavors. His blog, Going Like Sixty, features his writings on various subjects, including his experience living in Costa Rica as a retired expat from the U.S. For the record, his blog is interesting and very well-written.

A new McDonald’s (or Starbucks) location in Costa Rica is always a big deal. People may love it or hate it, and this is precisely what Mr. Van Patten’s blog post is about. He cites “off-the-wall” comments, which seem to have been taken from an online source where U.S. expats living in Costa Rica to hold discourse. The comments are centered on this alleged Facebook status update:

Bad news/good news, depending on your POV [point of view]…plans are afoot for a McDonald’s across the street from the Correo [post office]….

Mr. Van Patten introduces the comments, which can be construed as an attempt by U.S. expats living in Costa Rica to block the opening of a McDonald’s restaurant in Atenas, with his own feelings about the incongruity of the situation:

The gringo expats are trying to mobilize to “protect” the Ticos from falling prey to big, bad, McDonald’s

Mr. Van Patten then supports his observation on the irony of U.S. expats pondering a McBoycott with a link to a Tico Times news article from 2012 that reports on the growth of foreign franchises in Costa Rica. To make his point stick, he adds that the widespread Pali supermarket chain is owned by retail leviathan Wal-Mart.

The blog post finishes with a tongue-in-cheek fabricated rumor about Disney’s plans to open an amusement park in Orotina, also in the province of Alajuela, themed around the Jurassic Park brand.

The clever ending to the post lets readers know that it was written in jest, so we can dismiss the reports of a future McDonald’s in Atenas as just another McMyth -at least for the time being. The possibility of that happening, however, is not at all far-fetched. La Nacion recently published an interview with Woods Stanton, the billionaire chairman of Arcos Dorados Holdings, Inc., and on that interview  Stanton explains that Latin America is the crown jewel of the McDonald’s business empire -growing at a pace that is only topped by China- and thus we can infer that more restaurants will open in Costa Rica.

Linkbait for the Tico Times?

What is even more interesting about Mr. Van Patten’s post is that it seems to be a carefully crafted example of linkbait (or link bait) designed to drive readers to the Tico Times. Here’s the Wikipedia definition of linkbait:

Link bait is any content or feature, within a website, designed specifically to gain attention or encourage others to link to the website. […] Link bait can be an extremely powerful form of marketing as it is viral in nature.

The Urban Dictionary has this definition of link baiting:

The web publishing practice, usually on news or blogging sites, where something controversial is written (or a controversial headling is written) that the publisher knows will get a lot of interest from site visitors.

The ultimate goal is that the link will then appear on link aggregating sites (Digg, Fark, StumbleUpon, College Humor, Drudge, etc.), which will bring even more traffic to the site..

The post has been distributed in a couple of online forums frequented by expats living in Costa Rica. The Facebook update and comments on the post are more than likely fabricated. The topic at hand -McDonald’s- is a favorite among expats and English-language news media in Costa Rica (including the Costa Rica Star).

Upon closer examination of Mr. Van Patten’s experience in news publishing and digital media, we find that he is a Search Engine Optimization (SEO) professional, and that he has written under the byline Mark Leevan. He has written for the Tico Times as well, and the article he links to on the above-referenced blog post is written by Matt Levin. This is probably all just a coincidence; but, it calls to mind another matter: The current state of online news media.

In his book Trust Me, I’m Lying: Confessions of a Media Manipulator, author Ryan Holiday explains a sad fact about fabrication in blogs these days:

Blog economics both depend on and indulge in pseudo-events even more than old media—they thrive on the artificiality.

It’s at these vulnerable points that manipulation becomes more powerful than reality. The process is simple: Create a pseudo-event, trade it up the chain, elicit real responses and action, and you have altered reality itself.

In 2102, the Tico Times announced its decision to become an online-only publication. It was a sad moment in the history of newspaper publishing in Costa Rica; after all, the award-winning Tico Times print newspaper introduced this country to investigative journalism. The drastic move from print to Internet-only publishing has not been kind to the Tico Times, and we can only hope that its editors and publishers are not resorting to some of the SEO tactics described by Ryan Holiday:

Most people don’t understand how today’s information cycle really works. Many have no idea of how much their general worldview is influenced by the way news is generated online. What begins online ends offline.

The economics of the Internet created a twisted set of incentives that make traffic more important—and more profitable—than the truth.

Article by The Costa Rica Star

QCOSTARICA - Characteristic of the rainy season, we will see rain in the afternoons and nights in the Central Valley, the entire Pacific coast,...
Expat Focus

QCOSTARICA - Emilia Navas will not be removed from her position as attorney general, after calls for her to step down due to her...
Trends