A new batch arrived this Tuesday 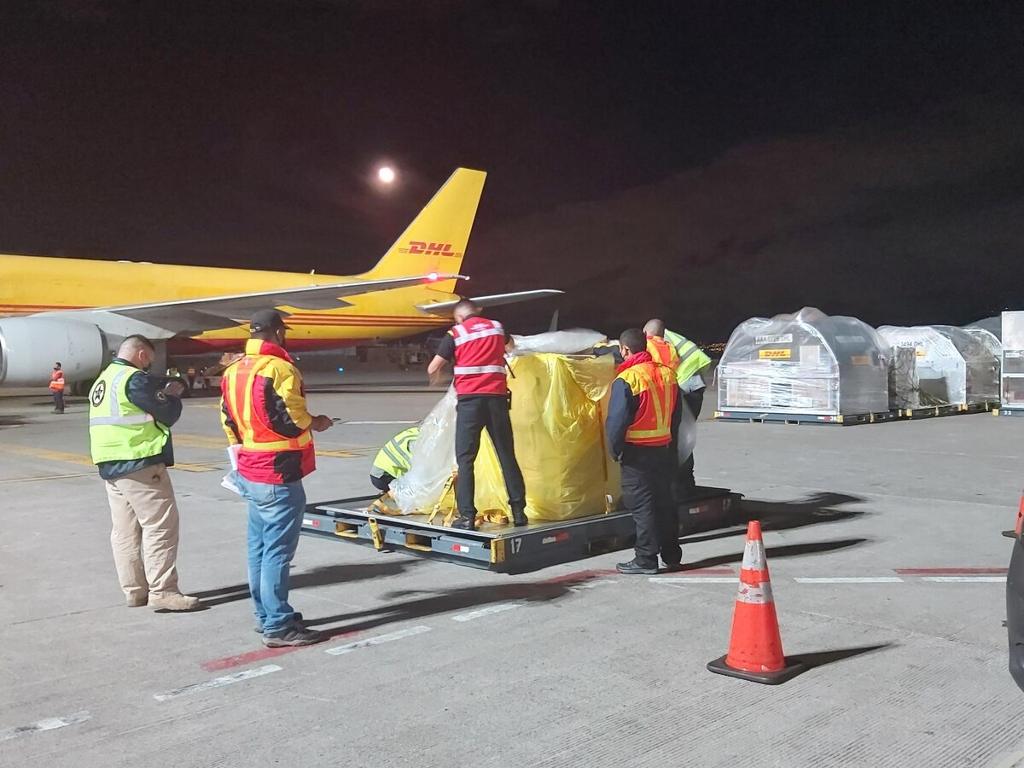 QCOSTARICA – Including the latest batch of vaccines against covid-19 landed this Tuesday night, March 30, at the Juan Santamaría airport, with a total of 73,710 doses, the country reaches an accumulated 750,165 Pfizer vaccines, that is 25% of the original purchase.

According to data from the Costa Rican Social Security Fund (CCSS), which 384,355 have been placed as of Monday, March 29,

The Government indicated that with the Tuesday shipment, a total of 473,850 doses arrived in March, the month with the highest reception of immunizers, with

“The figure reflects the fulfillment of the contract made by the pharmaceutical company, since it promised to deliver, by the first quarter of 2021, a quarter of the total contracted vaccines to arrive this year (three million), so in effect, it has already exceeded 25% at the end of March,” said Casa Presidencial.

The three million doses of COVID-19 vaccines purchased from Pfizer the previous year cost the country US$36 million (about US$12 for each dose, each person is injected with 2 doses).

On March 15, the Government announced the signing of an addendum to ensure the supply of an additional one million vaccines from Pfizer, with the aim of accelerating the pace of the immunization process.

It is estimated that the AstraZeneca vaccines will arrive between the last week of April and the first weeks of May.

Also in May, expected are vaccines acquired through the Covax mechanism of the Pan American Health Organization (PAHO), which are also from AstraZeneca. 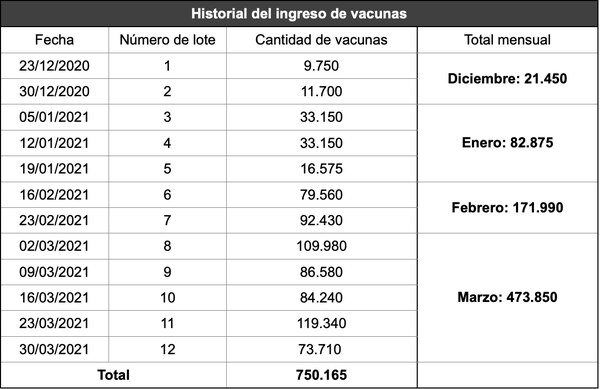 Starting this week, as was announced last Friday by President Carlos Alvarado, there is a push to advance the vaccination strategy, with more vaccines applied, first and second doses applied in parallel, allowing more people to be covered in less time and the practice of a three week reserve would be down to one week.

This also involves risks (such as the delay of new batches), but in the face of an increase in cases, it was necessary to take the action.

Previously, the schedule was divided into three weeks, during which only first doses were given, followed by three weeks of second-dose vaccination. The CCSS had also announced a suspension of vaccinations during Semana Santa.

Up to this Tuesday, the two doses of protection of the vaccine against covid-19 have already been applied to 160,263 people in Costa Rica, while another 63,829 are waiting for 21 days after their first injection to complete the scheme.

Thus, the current national vaccination rate is 7.55 doses per 100 inhabitants.

On Friday, the CCSS announced that almost 75,000 Costa Ricans would be vaccinated this holiday week.

In the past two weeks, there has been a spike in cases and hospitalizations, that had dropped significantly, allowing the CCSS to free up covid beds for regular patients and in some medical centers resume the regular business of running a hospital.

However, on Tuesday morning it was indicated that the CCSS has again reached a saturation of 82%, since 160 beds of the 195 available to attend covid patients are occupied.