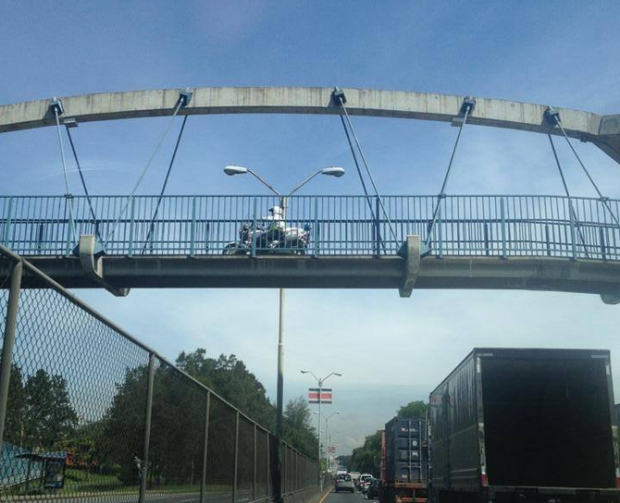 An image of what clearly appears to be a traffic cop crossing on his motorcycle one of the pedestrian overpasses of the autopista General Cañas, has been posted on the social media.

The overpasses are exclusively for pedestrians and motorized traffic is strictly prohibited, according to the traffic law.

According to the director of the Traffic Police, the image posted on the social media is not clear whether it is a traffic official or that of a private security official.

In addition, the image cannot be used to sanction, as there is not enough data to know the context of the occurred event, nor the identity of the driver or license plate number.

Marín did add that he welcomes any information that will lead to the identity of the person and if it turns out to be a traffic official, he or she will be referred to Internal Affairs Department of the Ministerio de Obras Públicas y Transportes (MOPT).

If anyone has any information with respect to the photo they can call at 2523 2000 or use the complaint form found at www.mopt.go.cr