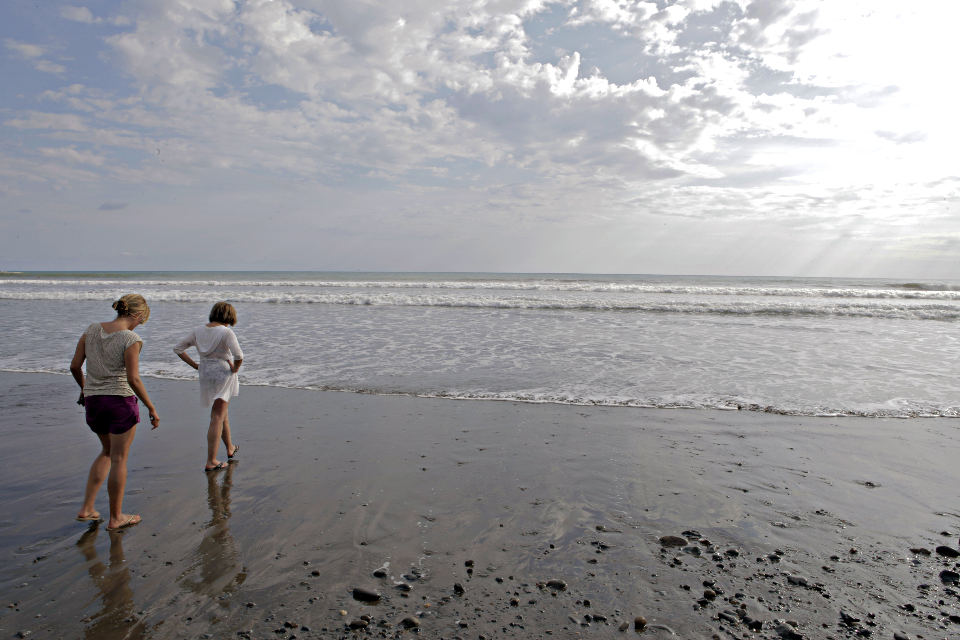 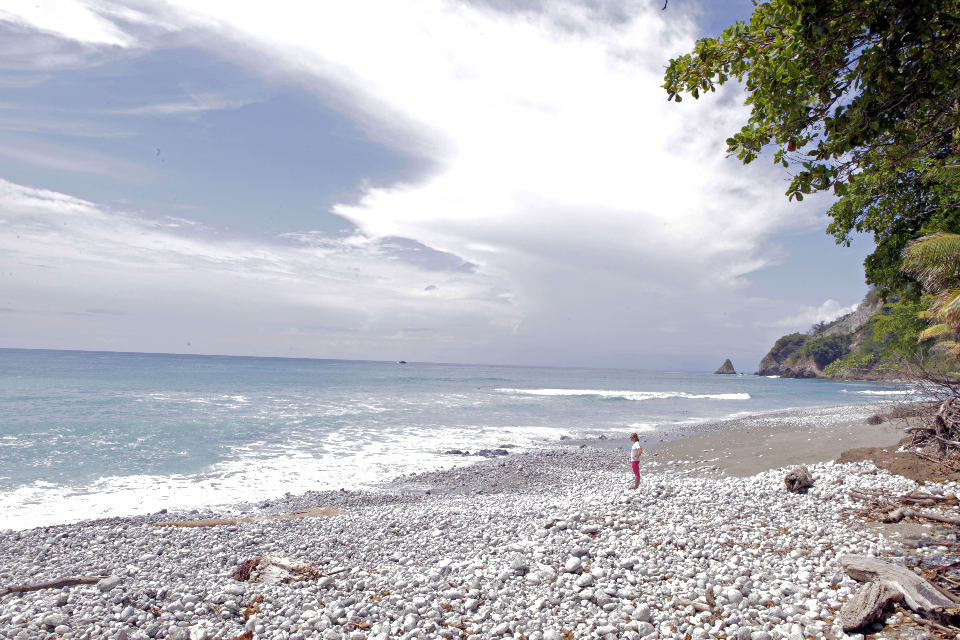 QCOSTARICA by Joe Baur  – Back in March Melanie and I joined her parents for a tour of Costa Rica’s western coast from the hippy beach town of Dominical through Uvita and down to the Osa Peninsula — a mecca of all things nature.

In fact, the father of Costa Rica’s national parks system was quite vocal about this being his favorite region of the country as well as criticizing the ongoing economic challenges and illegal lumbering that continue to threaten the health of the Osa Peninsula.

Below are 16 shots from those travels. Through their beauty — that any dunce with a camera could capture — hopefully it sheds a bit of light on how important it is to preserve this region.

Melanie and her mother tip-toe into the Pacific waters of Dominical. 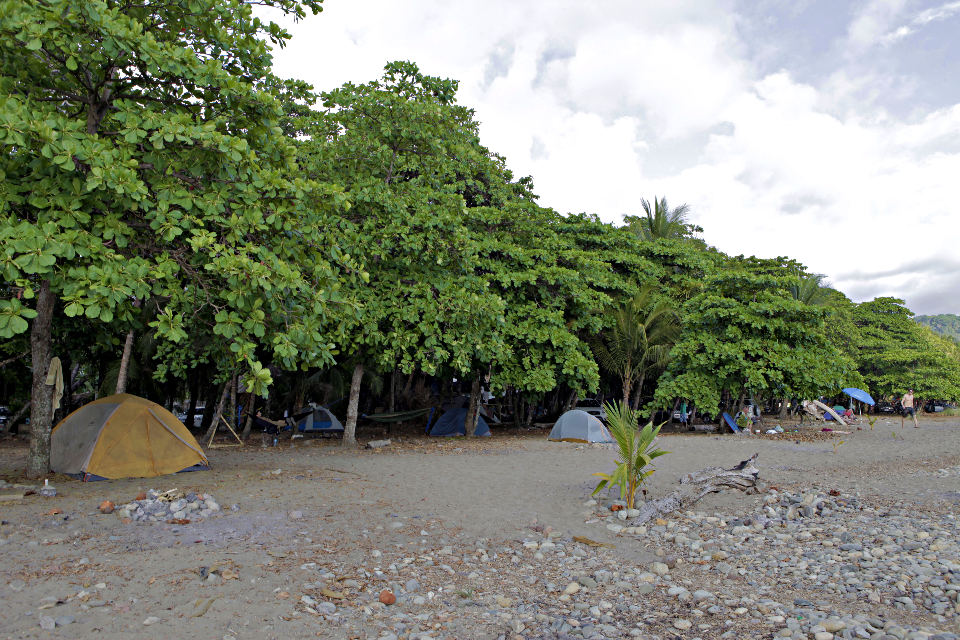 Campers setup tent on the beach in Dominical. 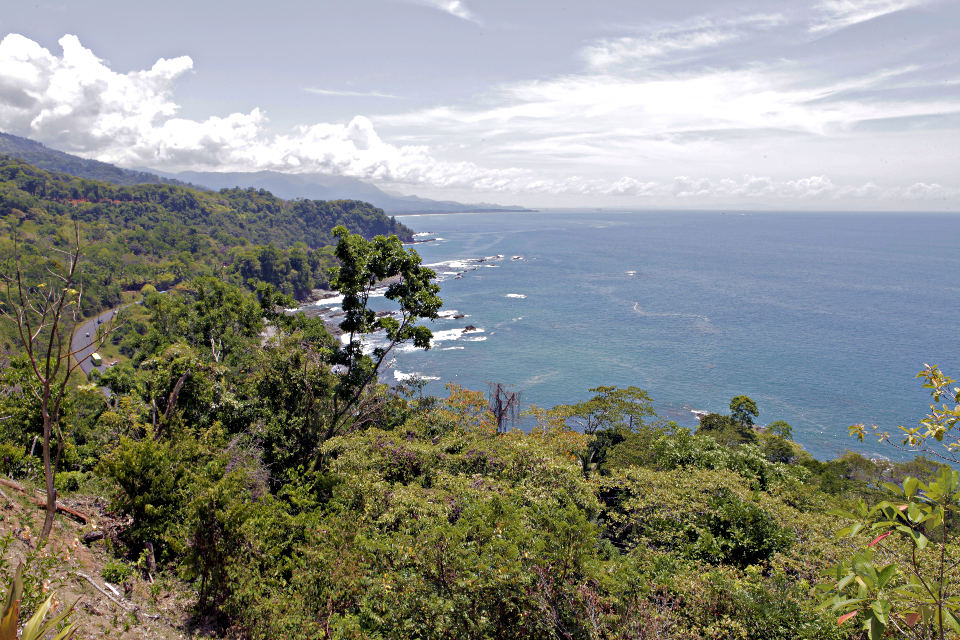 An intriguing pile of rocks probably left behind by some of the aforementioned campers whilst enjoying a psychedelic of some sort.

One of the many dramatic views from Shelter From The Storm, a boutique hotel perched atop the hillside near Dominical. The steep driveway itself challenged every piece of machinery within our vehicle. 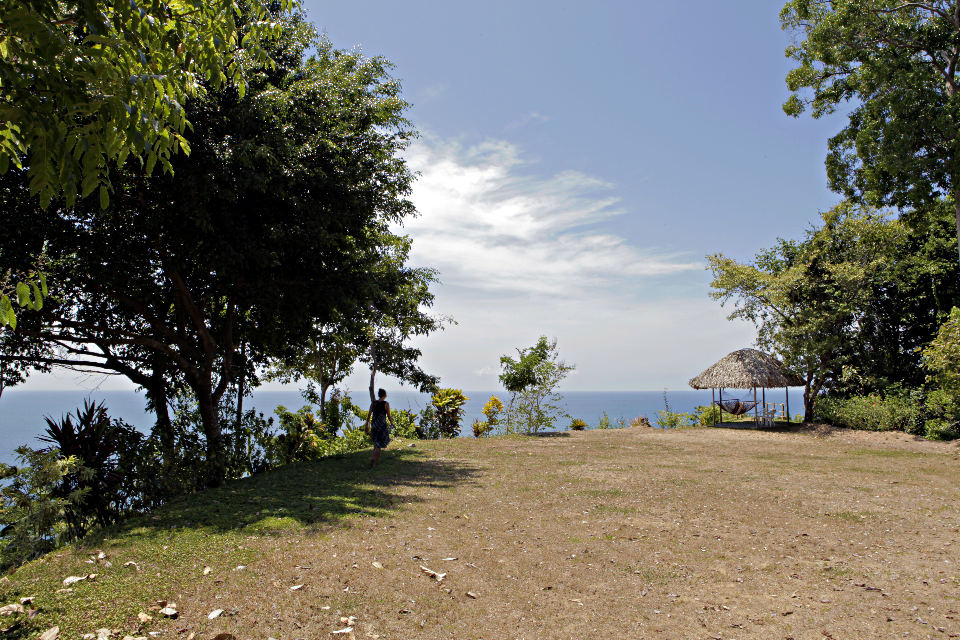 A walk around the grounds of Shelter From The Storm. 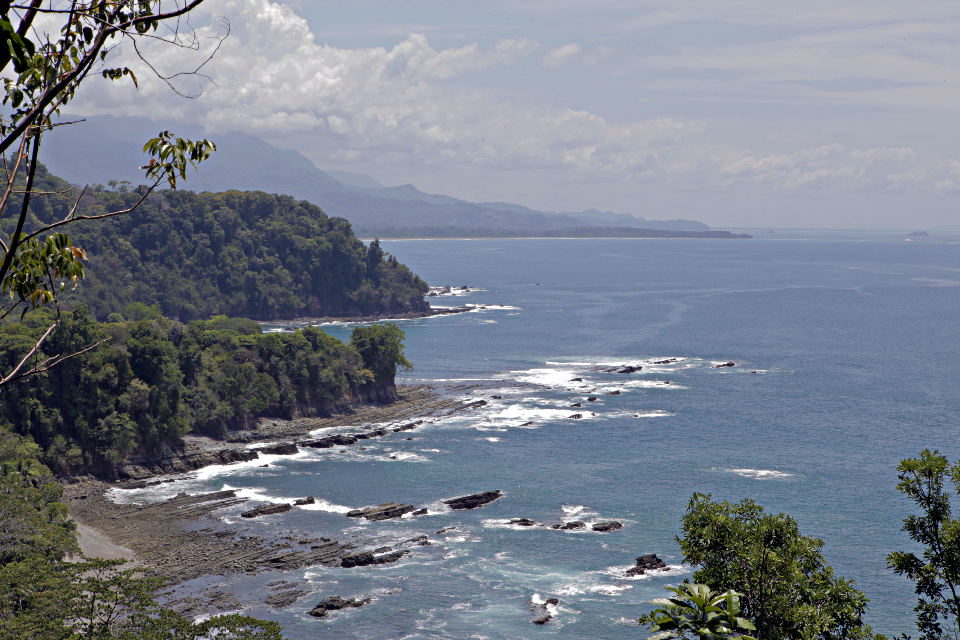 Another view of the Pacific Ocean’s crashing waves. 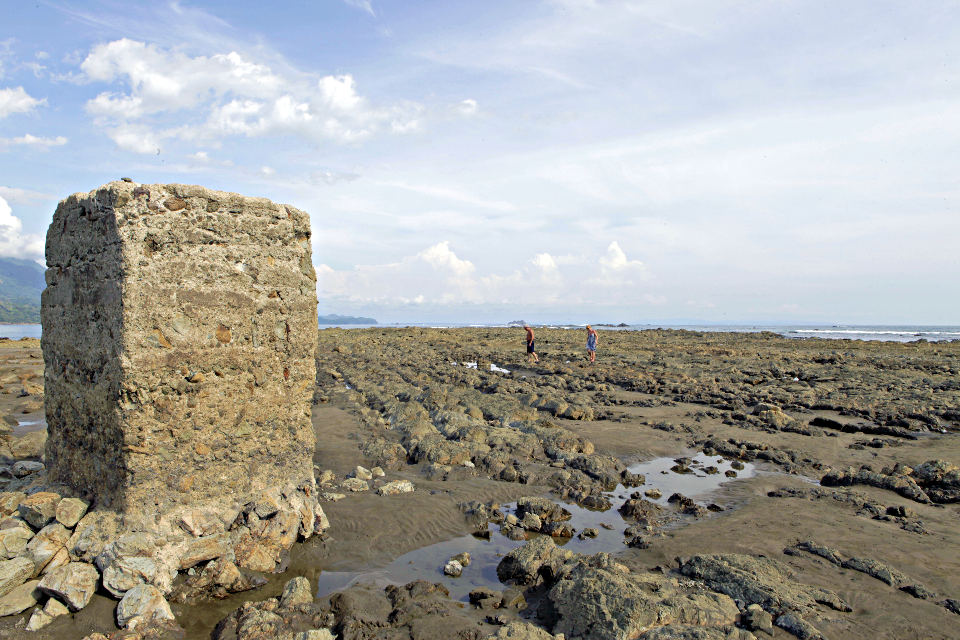 Onward to Parque Nacional Marino Ballena in Uvita, a walk along the beach revealed a stark contrast between the smooth sands further away to this rocky section. 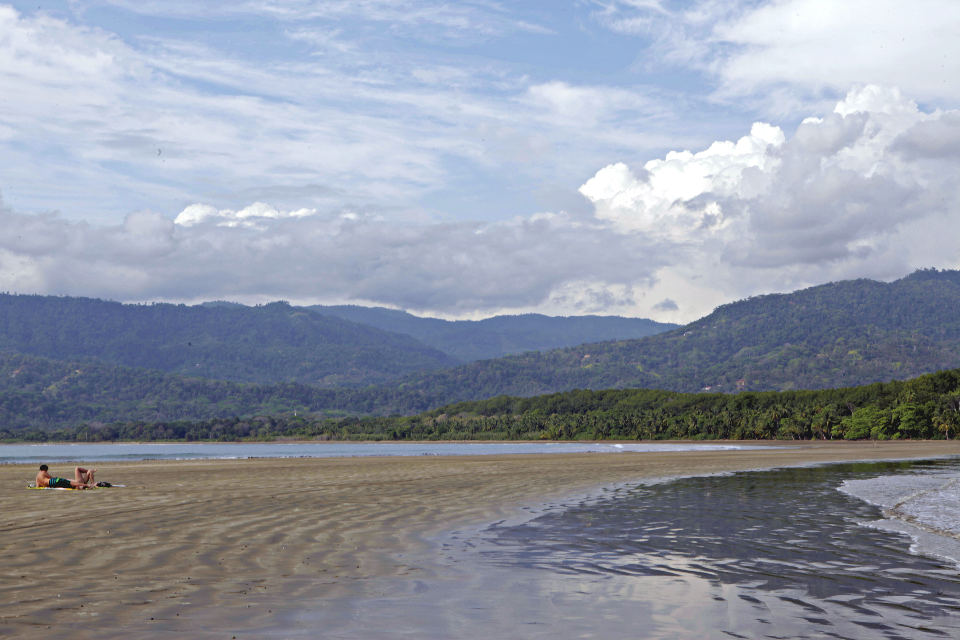 Parque Nacional Marino Ballena is famous for the aerial view that reveals a naturally formed whale’s tail. Here you can see the piece of tail where waves collide along both ides. 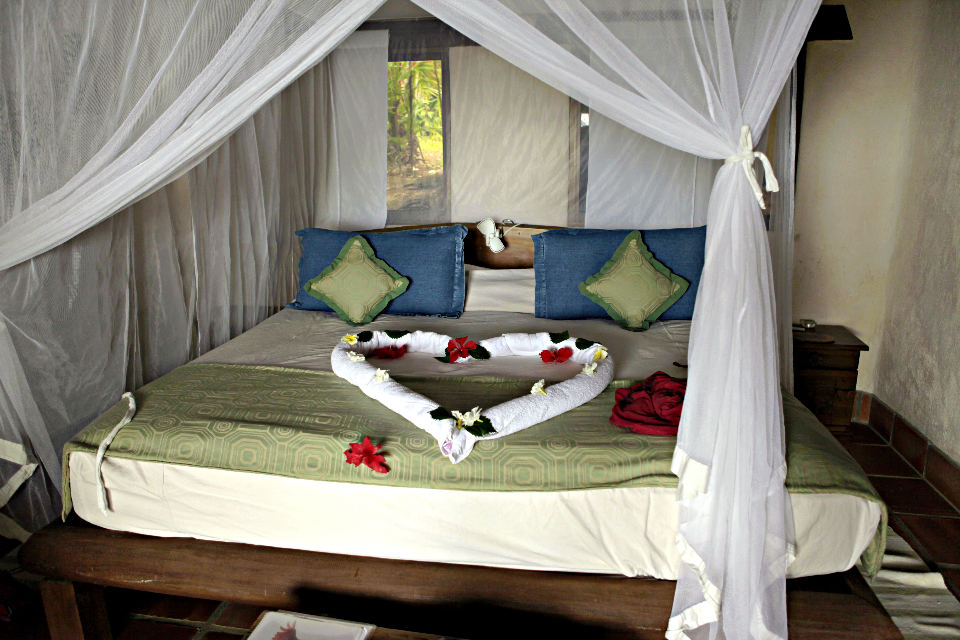 Our romantic welcoming to Bosque Del Cabo, a rainforest lodge. Guess which one of us said, “Awww!” 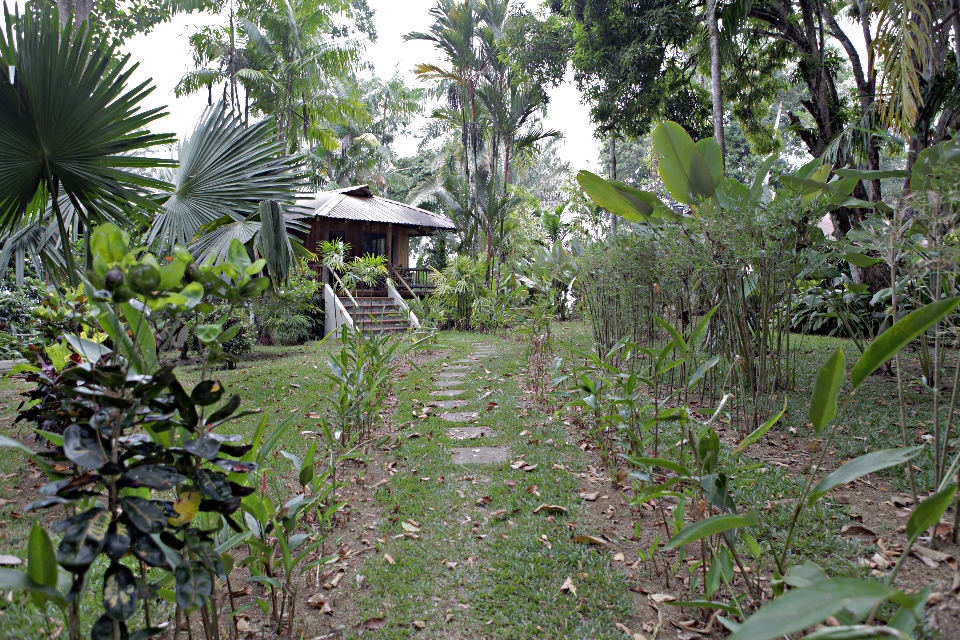 The Bosque Del Cabo grounds are an eco-campus of sorts with what works as hiking paths leading the way between dining areas and cabins. 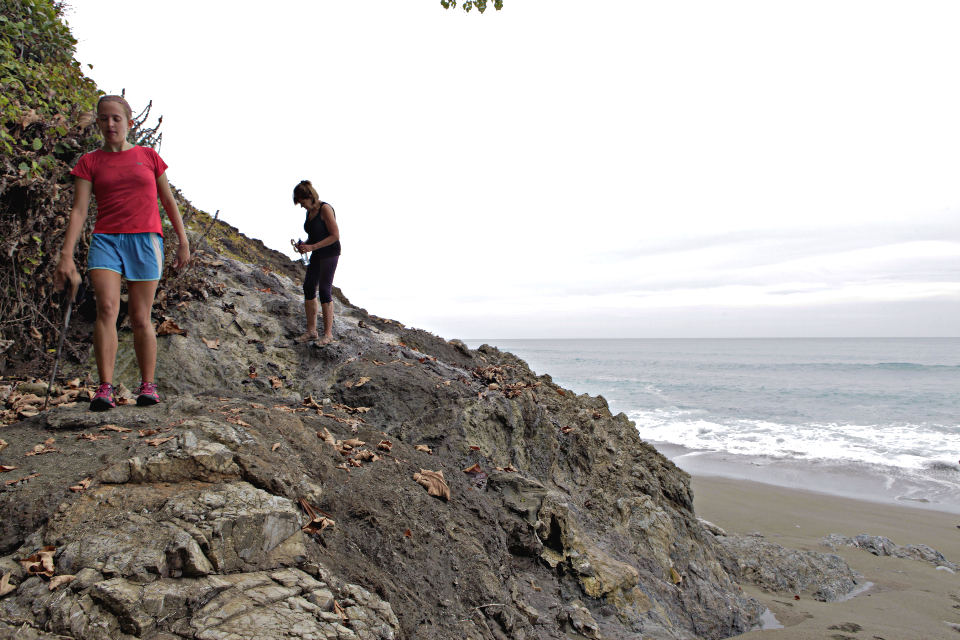 Bosque Del Cabo is essentially its own national park with miles of trails extending from the main grounds. This shot with Melanie and her mother hiking down rocky trail is part of their Pacific Trail leading to the ocean. 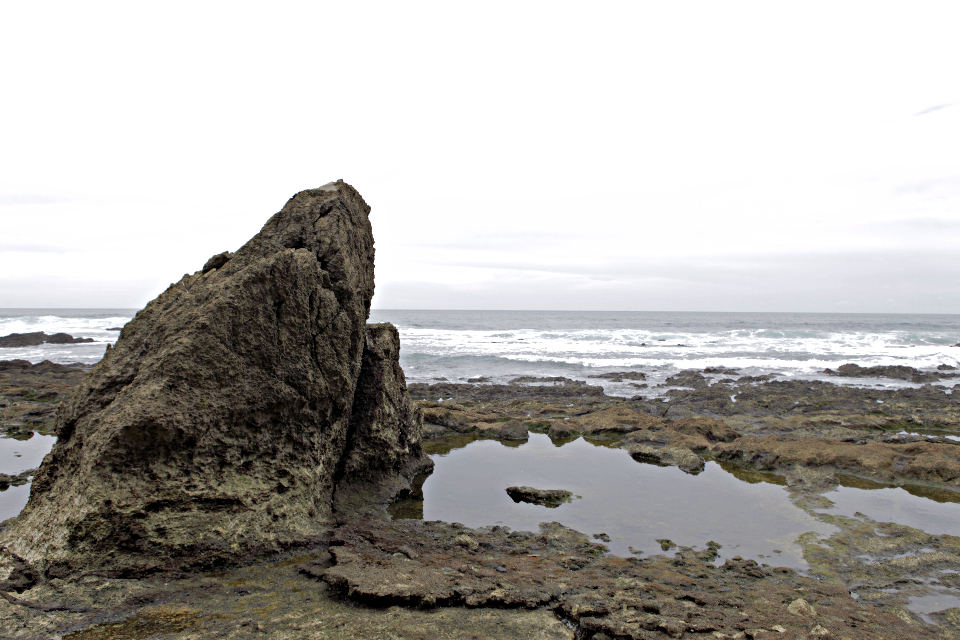 A look at the rocky beachfront along the Pacific Trail outside of Bosque Del Cabo. 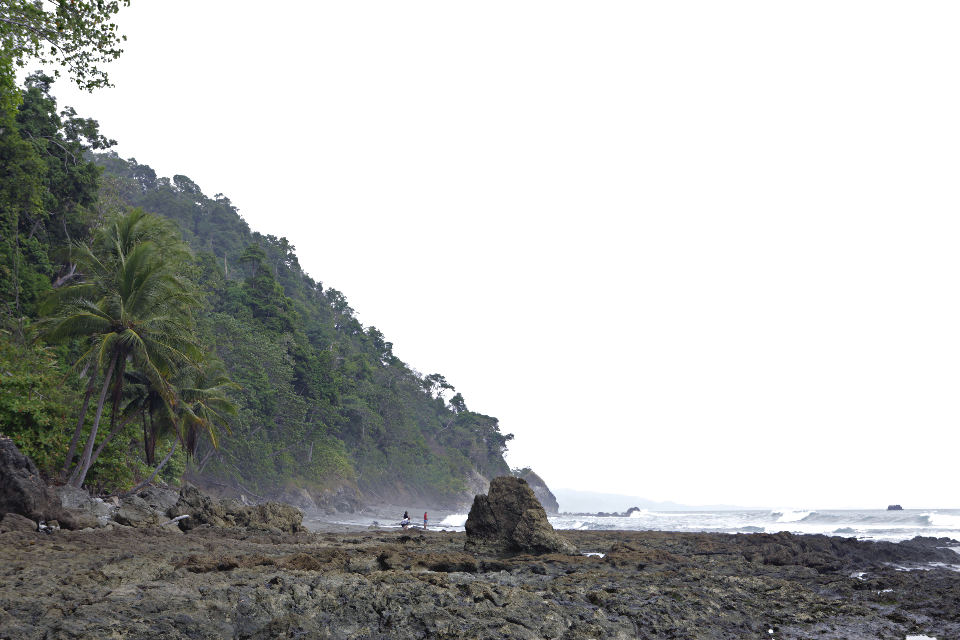 A wider look at the Pacific coast. 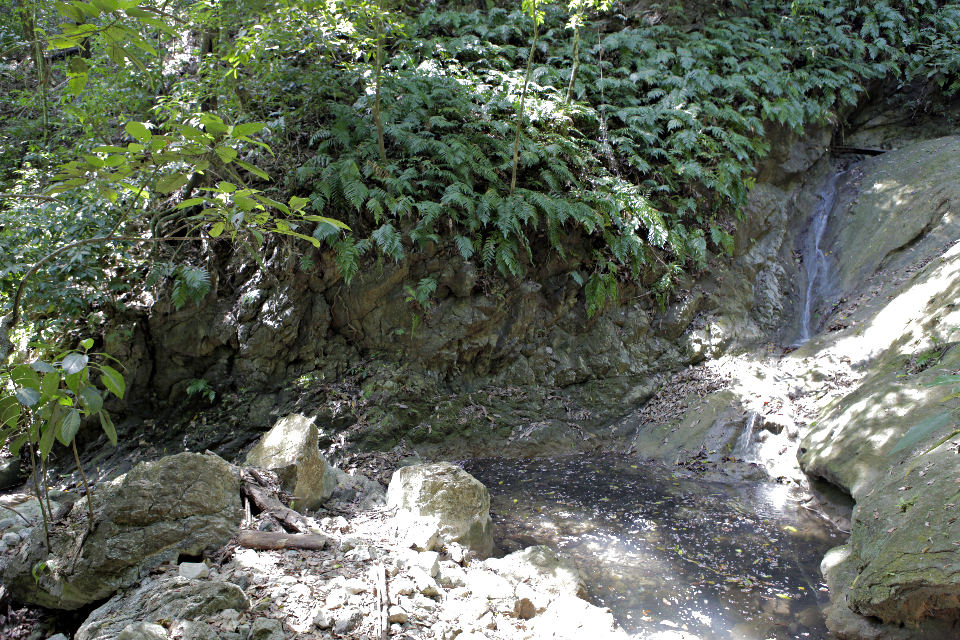 A wrong turn leads to a quiet waterfall. 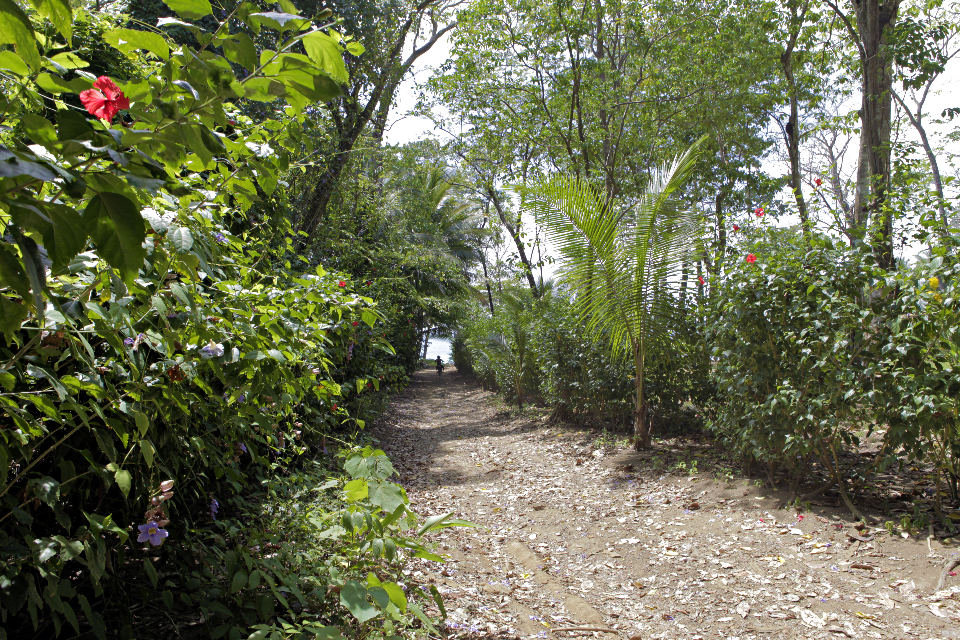 The path to the ocean on the other side of the cape.

Joe Baur is an author, writer, and filmmaker who has worked for a variety of local and national publications, including Matador Network, Yahoo! Travel, National Geographic and BBC Travel. Joe was kind enough to give us permission to share his photos with you. Visit his site at JoeBaur.com