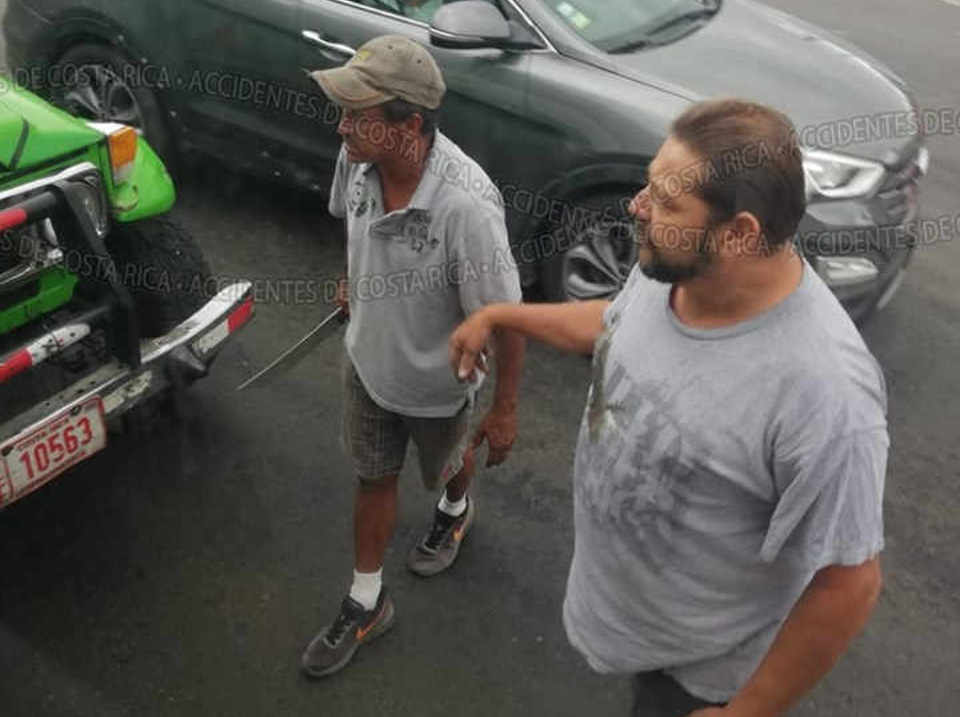 A tow truck driver (Gruero in Spanish) attacks the bus driver with a machete in hand, in the area of the Bank of Costa Rica in San Sebastian, on the south side of San Jose.

According to witnesses, the bus driver got too close to the grua (tow truck), the trucker got upset, so followed bus until it stopped, to threaten him the driver.

Among the comments, were:

It was late Monday afternoon, in the area of San Pedro...
Read more