COSTA RICA NEWS – Jorge Luis Pinto, the Colombia-born coach that took Costa Rica’s national team farther than any other in World Cup play, is calling it quits in Costa Rica. 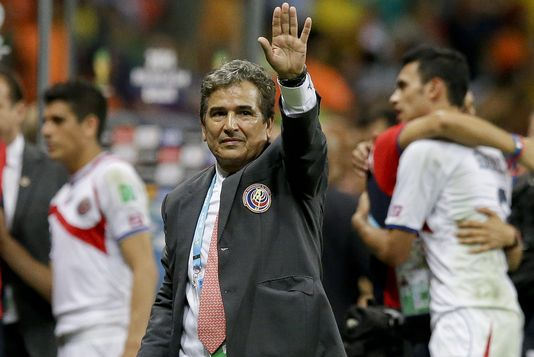 Thursday afternoon, Pinto said that he and Federación Costarricense de Fútbol (Fedefutbol) president, Eduardo Li, have spent the last two days in negotiations, but couldn’t come to terms on a new contract.

Pinto made the announcement of his departure during a press conference.

On the announcement, Li said he was betrayed by Pinto, for breaking protocol in announcing his departure. Li said they had agreed not to make the news public just yet.

“I slept with the enemy for 1 1/2 years,” Pinto said. “I had my differences with the staff. They don’t share my style. I’m demanding. I want dedication and effort,” said Pinto.

Pinto has been Costa Rica’s manager since 2011, making the quarterfinals in two Gold Cups before the World Cup as well. It was his second stint as the country’s manager, also leading them in 2004 and 2005.

Pinto has said since the World Cup that he has drawn interest from several countries from South America, claiming Ecuador, Venezuela and Peru have all offered him jobs. Now he will be free to take them, or explore any other posts that come up.

Costa Rica will compete in the Central American Cup in September, a tournament that serves as qualifying for the 2015 Gold Cup.

HQ - The Fuerza Publica (National Pollice) intervened an agglomeration of people on the outskirts of the Rincón Grande de Pavas school during the...
Economic Recovery

QCOSTARICA - No doubt, vaccines are one of the most powerful tools to maintain control of Covid-19, but when it comes to entire populations,...
Quepos

QCOSTARICA - The residents of the Central Pacific endured heavy rains Monday afternoon, June 7, hardest hit the town of Quepos, where the streets...
Nicaragua