Plan your return from vacation: Route 27 will enable reversible lane this Sunday afternoon

QCOSTARICA – The Ruta 27 (San Jose – Caldera) will have reversible lanes to San Jose between the Pozón and Ciudad Colón interchanges, during Sunday afternoon. 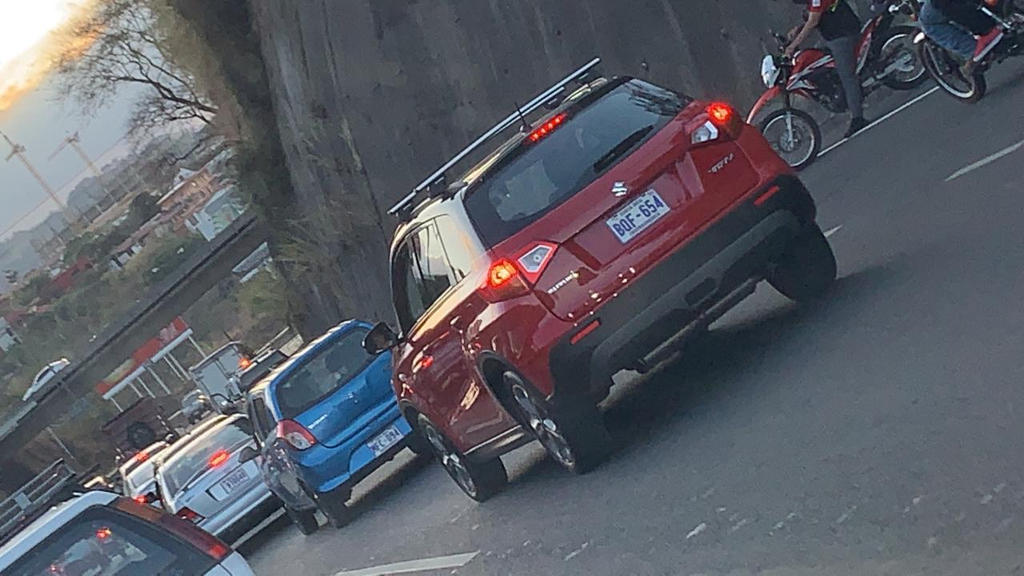 The concessionaire, Globalvia, indicated that they will use this measure with the aim of facilitating the return of end of year vacationers to the capital.

Traffic police will block off access on the highway to traffic headed to Caldera starting at 1:00 and in effect to 7:00 pm; allowing San Jose bound traffic to use all lanes from 2:00 pm to 6:00 pm.

The one hour difference between starting and closing hours is for safety.

Traffic headed for Caldera during the reversibility hours can use the alternate route of the old road to Jacó (La Aguacate) from La Garita (the Recope fuel tanks) to the Pozon intersection west of Orotina, or the Ruta 1 (Cambronero) to Puntarenas.

Speed limits will also be reduced to a maximum of 60 km/h during reversibility. Temporary signage of the speed limit will be posted and the traffic police will have speed control operations.

A reminder to all drivers that the sanitary vehicular restrictions for Sunday is 8:00 pm to 5:00 am. That means that vehicles are prohibited from circulating before 5:00 am and after 8:00 pm, nationwide.

“Due to the new sanitary measures for the pandemic, where the vehicle restriction is reapplied on the weekends of January, the authorities made the decision to schedule a single reversibility operation for the first Sunday of 2021,” said Globalvia in a statement to the press.

“Users are advised to plan their return to San José Sunday morning when the lowest traffic hours occur,” added Globalvia.

The state of the Ruta 27 can be found by calling the Glovalvia Control Center, at 2588-4040 and social networks.

Government and Concessionaire Agree On Roadmap To Expand The Ruta 27

Almost 10 years after the opening of Ruta 27, the highway...
Read more

Starting Monday, July 1, the tolls (peajes in Spanish) on the...
Read more

(BNamericas) - In order to strengthen the well-being of the population and the sustainable development of the country, Costa Rica has been incorporated a...
Politics

QCOSTARICA - Searching for a consensus candidate in the Partido Liberación Nacional (PLN) for the 2022 presidential elections, is the intention of two-time former...
Vaccine

QCOSTARICA - A new batch of vaccines of 92,430 doses, and the largest received since December against covid-19, arrived Tuesday, as part of the...
National

QCOSTARICA - A cold push is expected to grip all of Costa Rica this weekend, with wind gusts of up 100 km/h and cooler...
Health

QCOSTARICA - Costa Rica already reports variants of SARS-CoV-2, the virus that causes covid-19 that emerged in the United Kingdom and South Africa and...
Vaccine

QCOSTARICA - Vaccination against covid-19 will be mandatory for all health officials, announced the medical manager of the Costa Rican Social Security Fund (CCSS),...
National

QCOSTARICA - Franklin Chang, a Costa Rican scientist and the first Latin American immigrant NASA Astronaut selected to go into space a member of...