After the crash, questions raised about travel in Costa Rica 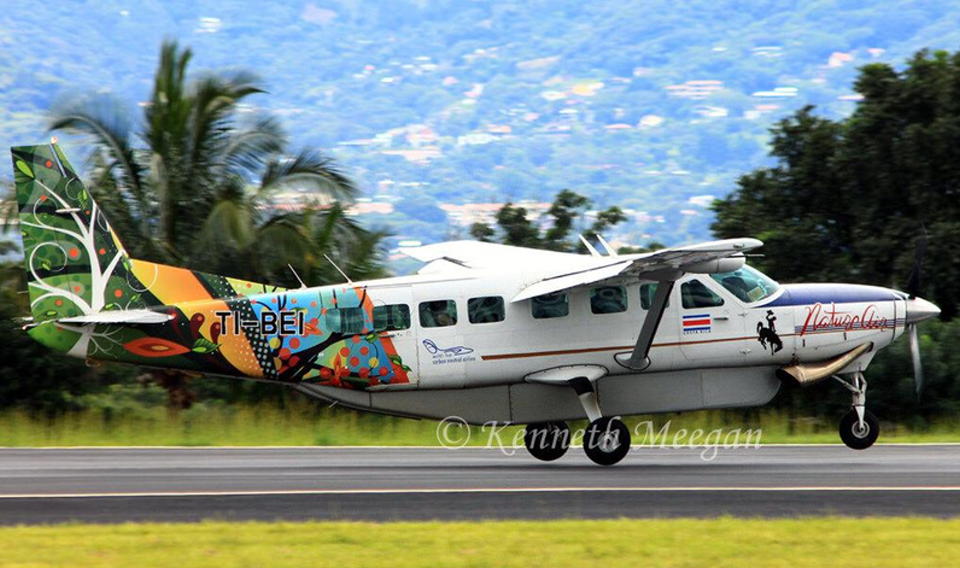 It could be months before we learn the cause of a Nature Air plane crash in Punta Islita, Costa Rica, last Sunday that killed 12 people, 10 American tourists and the two Costa Rican flight crew.

The aircraft was badly burned and lacked a flight data recorder, said the director of the Costa Rica Aviación Civil (civil aviation) on Thursday.

Enio Cubillo also said that experts from the U.S. National Transportation Safety Board (NTSB) arrived in Costa Rica on Thursday to assist with the investigation, along with staff from the U.S. Federal Aviation Administration (FAA) and Cessna, manufacturer of the airplane.

Earlier this week Cubillo said the engine of the crashed plane will be sent to Canada, to be analyzed by experts of the manufacturer, Pratt & Whitney Canada (PWC). “The main point to be determined is if the engine was in good working order, and if it reached full power at the time of the takeoff,” said Cubillo.

“It doesn’t necessarily have to be a single cause,” he said. “This could take several months.”

The accident took place on December 31, on Costa Rica’s Pacific coast, with its destination the San Jose international airport. The single-engine turboprop Cessna 208B Grand Caravan crashed several hundred meters off the Punta Islita airfield. According to Costa Rica aviation regulations, the airplane was not required to carry a data recorder because it had fewer than 19 passengers. The plane had passed a safety inspection about a month ago.

Ten U.S. citizens and two Costa Rican pilots died in the incident. The U.S. victims included five members of the Steinberg family of Scarsdale, N.Y., four members of the Weiss family from Belleair, Fla., as well as their tour guide, Amanda R. Geissler, who was working for the active travel company Backroads. The Costa Rican pilots were Juan Manuel Retana and Emma Ramos.

Questions About Travel in Costa Rica

Tourism operators are assessing its impact on travel in Costa Rica. A report in the New York Times says, “since the accident, tour operators have been fielding inquiries from current and future travelers inquiring about alternative transportation options.”

“In the short term, the good news is anywhere you can fly to, you can drive to,” Dan Austin, the president of Austin Adventures, told the NYT.

Visitors to Costa Rica often opt for flights in favor of ground travel. Time is the factor, flights can take you to most destinations in the country within 20 to 50 minutes, driving is usually is in hours. For example, while a flight between San Jose (SJO) and the Pacific coastal town of Tamarindo takes only 50 minutes, the drive is about 4 to 5 hours.

The Criminal Court of Nicoya dismissed the case opened after the...
Read more