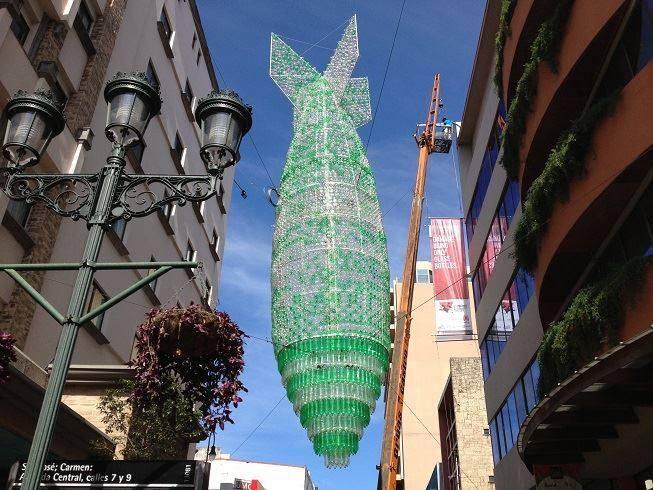 It took some 8,000 use plastic bottles to create the work that aims to raise the awarenewss about the amount of discarded plastic material in the country.

Artist Francesco Bracci used the thousands of discarded plastic bottles to form a missile that hangs overhead on Avenida Central (the Boulevard or Bulevar in Spanish).

Bracci’s idea is to catch the attention of passerby and create an awareness about the overuse of plastic in Costa Rica.

The display will hang around until November.

The work is sponsored by Preserve Planet and Plastic Pollution Coalition. 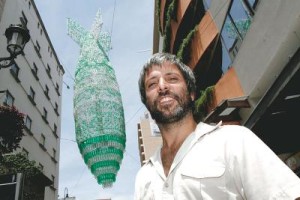 Last year Bracci created the “Plastic Wave” that was exposed in La Sabana, on the delta across from the Gimnasio Nacional. The wave was a symbol of the tsunami of used plastic in the country.

The “missile” is 12 metres (40 feet) high and installed Sunday afternoon, consists of different types of white, green and some blue used plastic bottles.

“The aim is to change the thinking of people regaring the use of this material and instead to use glass bottles and cloth bags”, said Luis Diefo Marín, regional coordinator for Preserve Planet.