Poas Volcano Eruptions on Friday Compared To Events 64 Years Ago 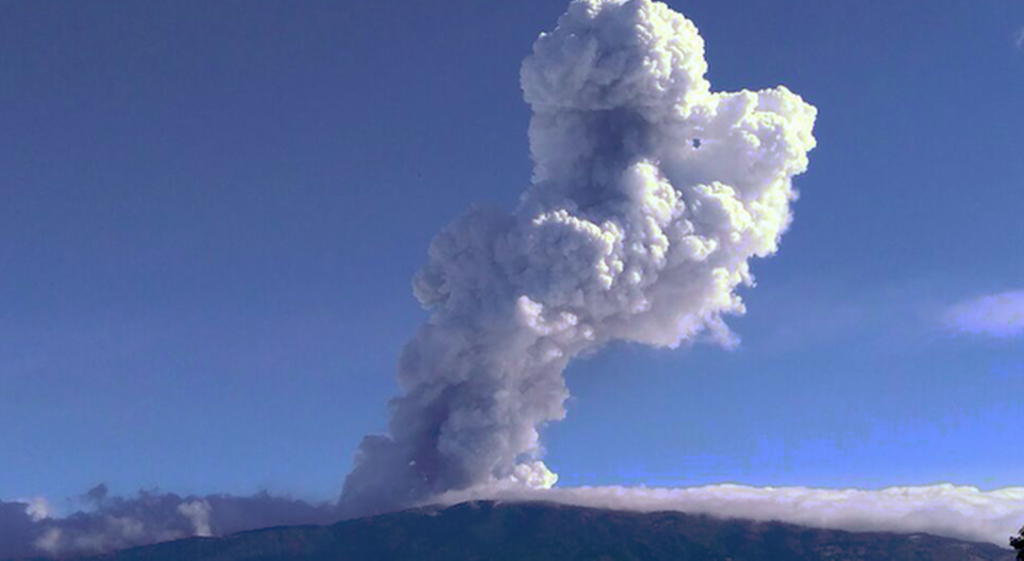 Q COSTA RICA – Volcanologists Javier Pacheco of the Volcanological and Seismological Observatory of Costa Rica (Ovsicori) and Raúl Mora of the University of Costa Rica (UCR), both monitoring the eruptions of the Poas volcano these days, coincided in comparing the activity with another period in the volcano’s history.

The two experts agree that the magnitude of the eruptions are similar to those occurred in the 1953-1955 period when the Poas expelled magma.

“We seem to be entering an activity similar to that of 1950, probably a magmatic activity,” Pacheco said.

Although for now they are phreatic eruptions without magma, the force of the expulsions, the size of the rocks and the height of the ash and gases plume (more than three kilometers), are compared with those of that time.

In that period, the effect of the fall of material occurred mainly in the National Park, as it occurred this Friday morning.

Nevertheless, it is not possible predict if magma will be expelled in the next events.

During the 2006-2014 eruptive period, the eruptions were not as impressive as they now, Mora explained. “It is not normal for rocks to fall on the lookout or on the trails,” he said.

The most important and recent event is this Friday at 7:58am when the volcano hurled rocks of half a meter in diameter at high-speed that hit the veranda railing and the concrete floor of the visitor’s lookout point.

These rocks fell up to three kilometers from the volcano. Luckily no people were hurt and no damage was caused to homes in the area.

The National Park was closed on Thursday and will remain closed until further notice.

National Parks and Wildlife Areas To Remain Closed Until April 30

ROME — Italy is to require the country's entire...
Pura Vida