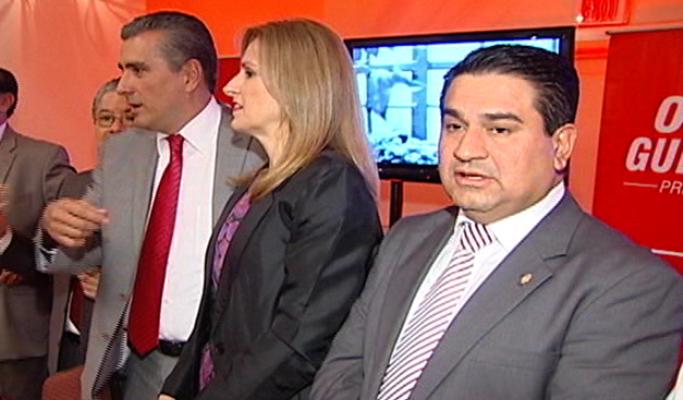 On Tuesday, however, just one day after the strong statement, Guevara announced the addition of the Convergencia Calderonista (Calderón Convergence), one of the trends of the Partido Unidad Social Cristiana (PUSC).

The group is led by former legislator Marvin Herrera, and very close to Calderón.

This is the second Calderonista group to align itself with the Guevara campaign. The first group led by Jorge Guardia and the economic team working with the Dr. Rodolfo Hernandez (who withdrew his presidential nomination days before the start of the election campaign) gave Guevara its support on December 17.

This is a significant loss for the current PUSC candidate, Rodolfo Piza.

Piza shrugged off the move, saying it is a normal occurrence in politics. In addition, the PUSC candidate said he expects the addition of Libertarian groups to his campaign on Wednesday. However, he did not name names.

Piza added that he respects the absence of Calderón in his campaign and does not believe it will trigger a mass move of PUSC supporters to the Libertarian ranks.

Rafael Ángel Calderón Fournier (born in Diriamba, Nicaragua, on 14 March 1949) served as President of Costa Rica from 1990 to 1994. He was the presidential candidate of the Partido Unidad Social Cristiana (PUS) for the national elections held in February 2010, but resigned his candidacy on 5 October 2009, when he was sentenced to five years in prison for two counts of corruption. His father was Rafael Ángel Calderón Guardia, who served as president from 1940 to 1944. His mother was Maria del Rosario Fournier Mora. He was born while his parents were in exile.

QCOSTARICA - "I'm looking for oxygen because I have...
Economic Recovery