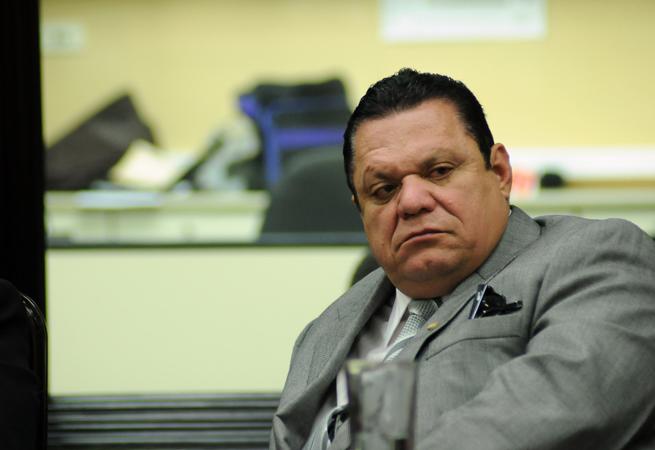 The Attorney General, Jorge Chavarría and the five judges of the Sala Tercera, agree in the belief that legislator Jorge Angulo is faking his health to mock the judicial process. Angulo was to stand trial on Monday on charges of extortion and influence peddling.

On Tuesday a doctor of the Medicatura Forense del Organismo de Investigación Judicial (OIJ) examined the legislator, as ordered by the court, and is expected to give his report today, after which the court will decide either postpone the trial or move forward.

On Saturday the legislator checked into the Hospital Catolica, in Goicoechea, for problems with his heart, preventing him to appear in court Monday morning.

The exam was performed by a private cardiologist, who is a consultant to the Forensic Laboratory. The hospital visit by the forensic expert was confirmed by Raul Bonilla, head of the department of Legal Medicine at the OIJ.

The report will either confirm or disprove the medical report filed by Angulo’s lawyer, Rafael Gairaud, on Monday with the court office. La Nacion reports that the medical certificate was signed by Dr. Walter Hernández Marín, stating that the accused suffers from heart problems.

Angulo and 10 others are accused of alleged corruption, interfering with the Board of Regional Development of the Southern Zone (Judesur in Spanish), which administers the Golfito Free Zone. Among the allegations is that the accused used board funds to pay for accommodations in that area.

The indictment further alleges pressure to receive money fron COIN KRJ S.A. in the construction of a school in San Vito, Coto Brus.

Angulo, being a member of the legislative power, could not be put to trial. However, in June 2012, the Legislative Assembly lifted the immunity, and Angulo agreed, saying he welcomed a public trial to prove his innocence.

The other accused are all former members of Judesur.