Rawlings has been producing baseballs for MLB for more than four decades. A

While in Toronto (Canada) this week, I got a chance to a see Blue Jays baseball game on Saturday. And true to Jays’ style this season, they lost. Saturday’s game was the second of the three games with the Yankees, winning on Friday, losing Saturday and probably lose today, Sunday, the last home game of the 2017 season.

And true to Toronto fashion, the stadium Rogers Centre stadium, it was called the SkyDome when I was last there, was almost packed and people dolling out $12.15 for a beer and $7.5 for popcorn.

What was interesting for me, a fact that probably most of the fans there and even more watching on television, is that the balls used in Major League Baseball are made in Costa Rica.

Yes sir, the finished baseball comes out of the Rawlings factory located in Turrialba, Costa Rica, west of San Jose, not too far from that volcano that keeps getting all the credit for putting the town on the map. Rawlings has been producing baseballs for MLB for more than four decades. And each shiny new baseball is delivered from a plant located some 60 km west of the capital city of San Jose.

Just in case you were wondering, Rawlings also makes the official Minor League baseballs but does so at a factory located in China. Unlike the Major League balls made in Costa Rica, the Minor League balls include a stamp indicating that they were made in China. This is probably due to some type of trade agreement between China and the United States.

And wouldn’t you know it, just two rows down, someone was sporting baseball cap from with “Costa Rica”. She was not Costa Rican, if she had, she would have been wearing a hat that can only be worn only by someone who has visited Costa Rica. 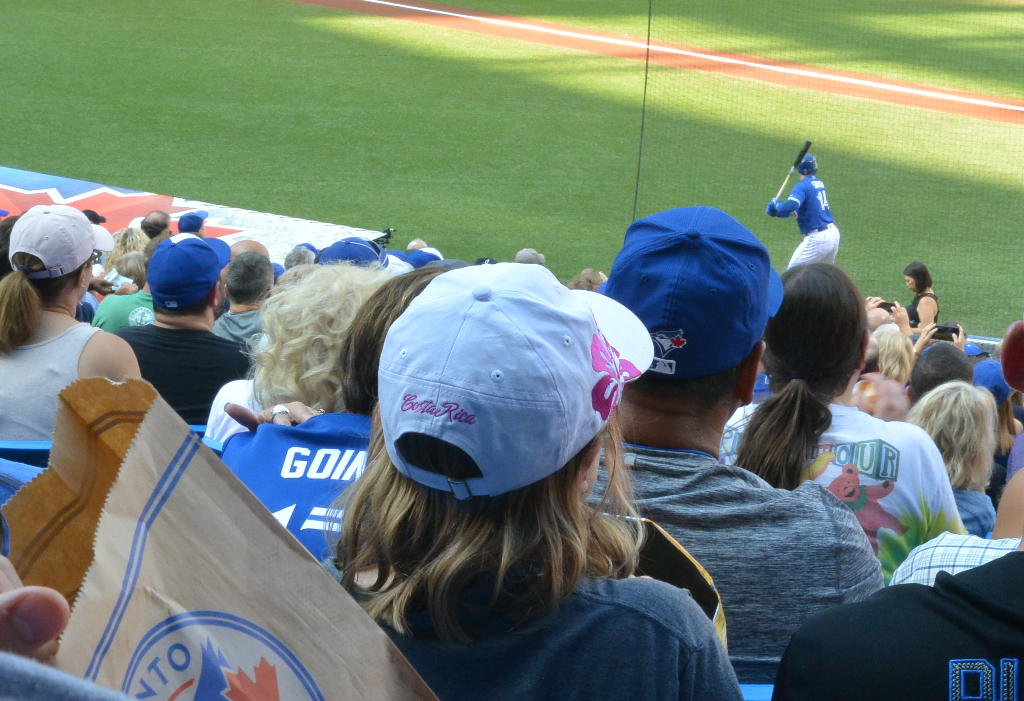 To bring it all home, one of those balls, maybe even the same one being made when I last visited Turrialba, almost hit me in the nogging.

BTW, one of those Costa Rican balls almost hit me in the noggin, flying off the bat of Justin Smoak. Did not know they moved so fast, sure doesn’t seem so on television.

As Smoak made contact with the ball, it turned into the stands behind home plate, over the meshed fence, bouncing off the glass a few rows behind me, landing some 5-7 rows in front of me, scooped by a very happy fan.

I was taking this shot at the time, when I saw the (bullet) ball come flying in my direction.  Being in the aisle seat, I was leaning over to capture images without too of the backs of the heads in front of me. All saw was a blur as it went by, a pop behind me, and people up front scooping it up. My 5 fps (frames per second) wasn’t fast enough to catch it.

QCOSTARICA - An outbreak of 15 people positive for...
Economic Recovery