Perhaps it was the squared patty of fresh, never frozen meat or the focus on baked potato rather than sliced, oil-slicked fries that did in Wendy’s in Costa Rica after eight years in the country. We will never know.

But despite the Costa Rica closing back in January 2015, Wendy’s is going strong, going head-to-head, spud-to-spud if you will, with the competition with the curious addition of the fiber-rich pseudo-vegetable that’s hard to eat on the go and isn’t deep-fried, pure, unpeeled potato, drowned in a choice of toppings.

According to Thrillist writer Wil Fulton, who spoke with Wendy’s vice president of culinary innovation Lori Estrada, the chain first got turned on to the foil-wrapped food in the 1980s, when nutrition experts were (erroneously) touting low-fat diets for weight loss. Eager to embrace the trend, Wendy’s viewed a plain potato as a popular alternative to sliced, oil-slicked fries.

The hysteria over fat may have disappeared, but the collective consumer appetite for the potato did not. Estrada says she believes many of them consider the 270-to-480 calorie (depending on toppings) carb dump a meal unto itself, and that some enjoy piling on cheese, bacon, and other burger trimmings for a tasty and inexpensive dinner.

So why don’t you see baked potatoes at other franchises? Estrada speculates that the logistical issues are a turnoff. The potatoes are cooked from a raw state in convection ovens, which could necessitate new equipment and ample prep time. With fries still the king of sides, franchisees may not think it’s worth the hassle.

Wendy’s is undoubtedly happy to have the market to themselves: The chain sells 1 million tubers (potatoes) a week.

Business Insider reviewed the big three burgers and the winner is unmistakable. 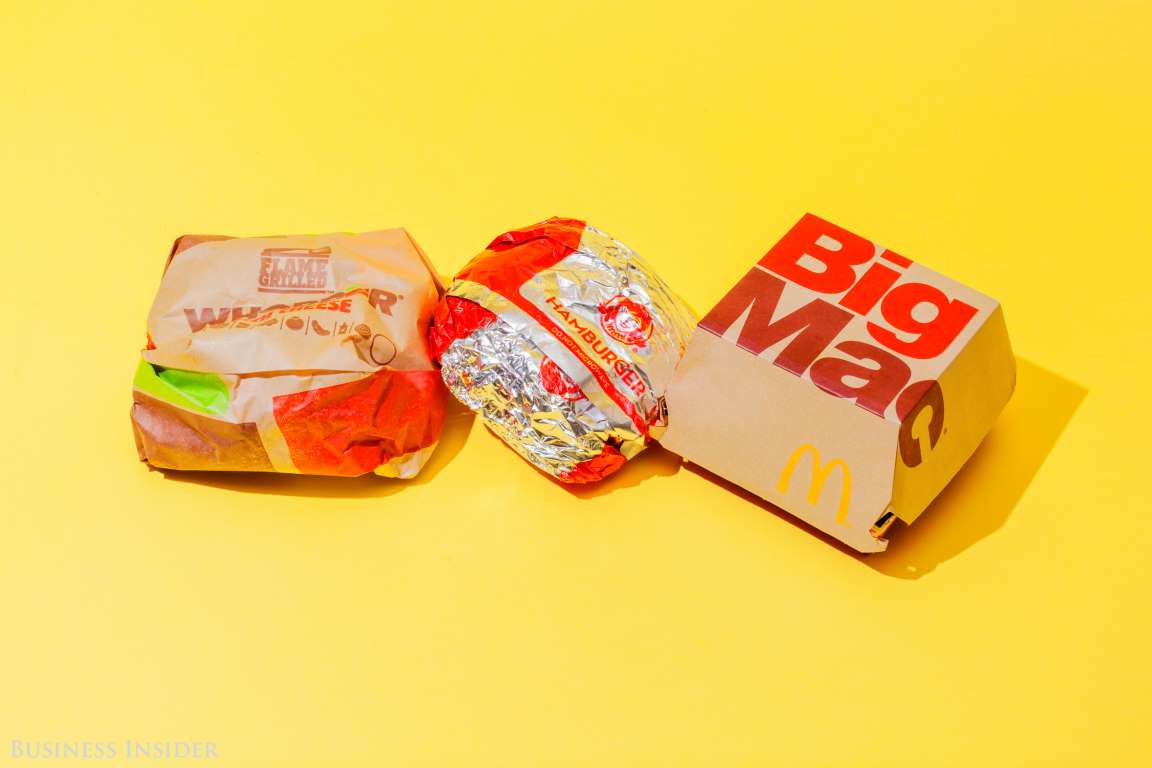 The burger that never made it in Costa Rica: