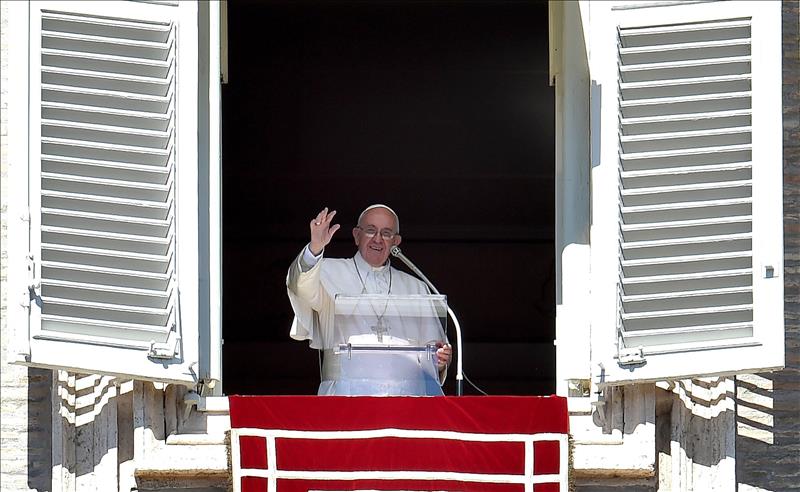 QCOSTARICA – (Vatican Radio) Pope Francis appealed for Cuban migrants on Sunday, who are often victims of human traffickers, and find themselves at present stranded on the border between Nicaragua and Costa Rica.

He called on the countries of Central America to help the roughly five thousand migrants seeking to reach the United States via the land route to find a solution to the situation.

Speaking to pilgrims and tourists after the Angelus prayer on Sunday, Pope Francis said, “My thoughts in this moment go out to the numerous Cuban migrants who find themselves in difficulty in Central America, many of whom are victims of human trafficking: I invite the countries of the region to renew with generosity all necessary efforts in order to find a rapid solution to this humanitarian drama.”

Mexico and several Central American countries have seen a surge in migration from Cuba as warming relations between the Communist-ruled island nation and the United States has raised the possibility that current U.S. asylum policy toward Cubans could end soon.

The Nicaraguan government has proposed that the U.S. organize an airlift to bring the migrants to  the United States, while the government of Costa Rica has been in conversation with Belize and Guatemala, in an effort to convince those countries to grant safe passage to the migrants that would allow them to reach Mexico.

A the summit of Central American presidents held on December 19 in San Salvador, Deputy Foreign Minister of Nicaragua, Dennis Moncada said that the key to the solution lies with United States, because “it is they who are causing many Cubans wanting to go to their territory.”

- Advertisement -
Paying the bills
Previous article“They Were Very Filthy” A Paseo Colon Resident Says Of Tope (Photos)
Next articleStarting in 2016, You May Need An eTA To Fly To Or Transit Through Canada.