Although there is no official word from the Catholic Church, Costa Rica’s Foreign Ministry said in a statement Sunday that Pope Francis will soon visit Costa Rica and the Virgen de los Angeles, to pay homage. 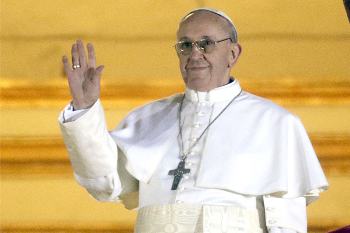 Costa Rica’s Amabassador to Brazil, Víctor Manuel Monge Chacón, said that the Pope made the commitment during the greeting of the ambassadors representative of each continent, at a ceremony that took place at the Teatro Municipal in Rio de Janeiro.

According to Ambassador Monge, the Pope sent a special blessing for Costa Rica, its young and poor and their families and for Presidenta Laura Chinchilla.

“In an officially greeting I had with His Holiness the Pope Francisco, he expressed his desire to visit Costa Rica in the future, when he has a chance. The invitation to visit the country was made by the President of the Republic during the meeting they held in Rome for the consecration of the Pope,” Monge said.

San José archbishop, monseñor Hugo Barrantes, said he has not received any official word from Rome of a Papal visit.

The announcement of the possibility of Pope Francis visiting Costa Rica comes weeks after the Vatican confirmed the miracle of Floribeth Mora Díaz, a resident of Dulce Nombre de La Unión de Cartago (east of San José), being cured of her brain aneurysm due to the intercession of late Pope John Paul II. This second miracle is the final requirement to allow the canonization of the pontiff, who died on April 2, 2005.

QCOSTARICA - On Monday, the Organismo de Investigacion Judicial (OIJ) moved to the raid, seize and arrest of their investigation into corruption of public...
Weather

HQ - The appearance of pests and diseases, in particular the 'dragón amarillo' (yellow dragon), the impact of the weather and a sharp drop...
Cine (Movies)