Ticos Abroad To Get Early Jump On 2014 Presidential Vote 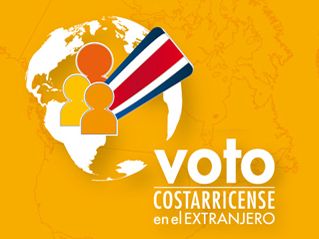 Costa Ricans living abroad and registered to vote will be able to get a jump on the 2014 presidential elections. On Saturday, February 1, the first ballot box will open in Sidney, Australia.

According to the Tribunal Supreme de Elecciones (TSE), a total of 19 people will be able to cast their vote at the Costa Rican Embassy at 6am Sunday in Australia (2pm Saturday in Costa Rica).

On election day, February 9, Costa Rican voters in Los Angeles wil be able to vote up to even one hour after the polls close in Costa Rica.

This is the first time Costa Ricans living abroad will be able to vote in the national elections in their adopted country, in 53 cities. Foreign voters can only cast their vote for the president.

The TSE says a total of 8.800 Ticos abroad has so far regitered to vote, but the number could be closer to 12.000 when the registration closes on October 2.

Costa Ricans abroad can get information and register at www.tse.go.cr

Records indicate that the majority of the foreign voters live in the United States (71%), primarily in the cities of Los Angeles, Washington and Miami. Following, in majority of number of voters is Canada, Mexico and Spain.

The number of Costa Ricas abroad vary differently, depending on who is counting. Costa Rica’s Foreign Ministry reports only 49.000 Costa Ricans living abroad, while immigration records put the number at an estimated 250.000.

- Advertisement -
Paying the bills
Previous articleJoy Came to Nicoya for the Peace Corps; She Stayed for Love
Next articlePope Francis Promises To Visit Costa Rica Soon