Pork Production in Costa Rica Up 2%, Price Down 28% 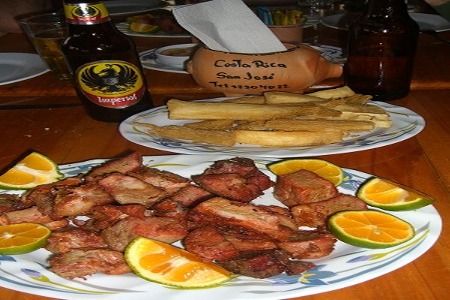 (qCOSTARICA BUSINESS) The increase in production added to the imports coming from Chile does not explain the sharp drop in the price of pork in the Costa Rican market.

The June 2015 report by the National Production Council (Consejo Nacional de Produccion – CNP) on the pork market contains data and information relevant to understand the protests by farmers against imports from Chile and statements about representatives from various economic sectors and companies operating in this market.

Finally, it is clear that the traditional theory of behavior of supply and demand does not explain why there has been such a considerable decline in the price of pork in Costa Rica.

From the summary of the report by the National Production Council (CNP):

The business environment of the pork sector in 2014 was characterized by an increase of 6% in production, rising domestic prices and slight drops in the price of food concentrates. However, during the first five months of 2015 some indicators were seen which will force pork producers to take additional actions in order to continue producing profitably, particularly in terms of cost efficiency, product quality differentiation and marketing organization.

The CIF import prices of pork have trended downward in these five months, the same as domestic prices, which reached their lowest level of the past five years, especially in the month of May 2015.

Some positive factors are the stability of the sector in the prices of yellow corn and therefore in the price of food concentrates for rearing pigs. Likewise, imports of pork fell by 4% from January to May 2015 compared to the same period in 2014, and domestic production increased.