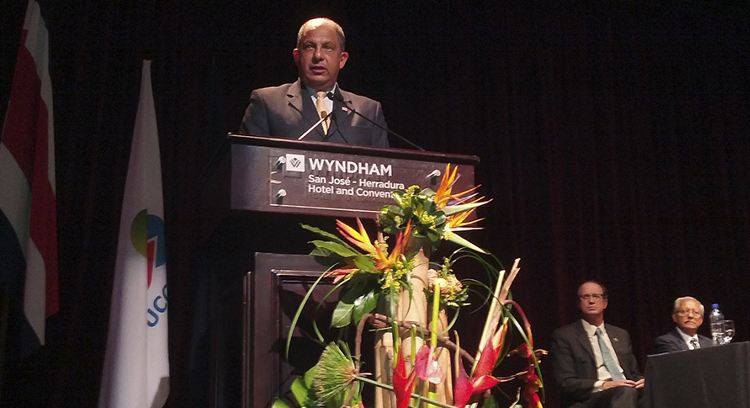 President-elect Luis Guillermo Solís announced Thursday the formation of an inter-agency group made up of three members from the Costa Rican Union of Chambers and Business Associations (UCCAEP in Spanish), a representative of the Costa Rica trade promoter, PROCOMER, one from ethe Ministry of Foreign Trade (COMEX, and himself, with the intent to offset the blow the country received this week with the announcement of 3.000 jobs loss from Intel and Bank of America leaving Costa Rica.

Solís explained that the group would visit countries that see Costa Rica as an interesting destination for their businesses and, in turn, explain the reasons for the two large American companies leaving the country.

Representatives of the UCCAEP on Thursday delivered the president-elect ten mandates to promote Costa Rica’s development and competitiveness, during the Congreso Nacional de la Empresa Privada that is taking place at the Wyndham Herradura hotel, in Belén, where Solís was the keynote speaker.

The decalogue includes many of the issues raised to Presidenta Laura Chinchilla, but remained on paper. According to Ronald Jiménez, president fo the Uccaep, the mandares are related to economic stability, infrastructure and red tape (tramitología in Spanish).

Solís said the he plans to travel abroad during his first months of his mandate to promote Costa Rica.

The president-elect said that the decision by Interl and Bank of America to leave Costa Rica are reasons beyond local environment.

QCOSTARICA - The vehicle restriction of odds and evens...
News