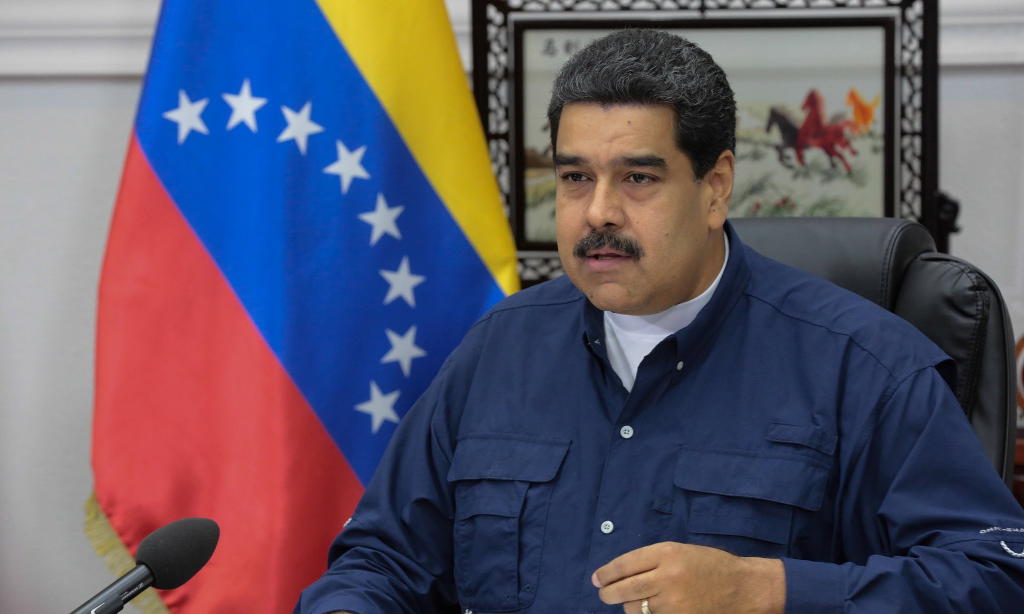 The Venezuelan president, Nicolás Maduro, has likened the harassment of government officials and their families outside of Venezuela to the treatment of Jews under the Nazis.

Maduro also said in comments to a televised cabinet meeting late on Tuesday that planned opposition rallies in Caracas on Wednesday evening were reminiscent of rallies during the rise of Nazism and fascism in pre-second world war Europe.

Venezuelans living abroad, many of whom have fled the country’s economic chaos, have in recent weeks accosted visiting state officials and their family members.

“We are the new Jews of the 21st century that Hitler pursued,” Maduro said during the cabinet meeting. “We don’t carry the yellow star of David … we carry red hearts that are filled with desire to fight for human dignity. And we are going to defeat them, these 21st-century Nazis.”

The German Nazis and their collaborators persecuted and killed six million Jews in the Holocaust during the 1930s and 1940s.

Government opponents, accusing Maduro of becoming a dictator by postponing elections and seeking to rewrite the constitution, have staged demonstrations nearly every day since early April. More than 40 people have been killed in sometimes violent protests.

The late socialist leader Hugo Chávez, Maduro’s mentor until he died of cancer in 2013, was accused during his 14-year rule of making insensitive comments about Jews. Chavez dismissed those accusations as a rightwing campaign against him.

Social media has for weeks buzzed with videos of Venezuelan emigrees in countries ranging from Australia to the United States shouting insults at public officials and in some cases their family members in public places.

Maduro’s critics say it is outrageous for officials to spend money on foreign travel when people are struggling to obtain food and children are dying for lack of basic medicines. But some opposition sympathizers say such mob-like harassment is the wrong way to confront the government.

The opposition is demanding that Maduro’s government hold delayed elections for state governors and improve the country’s chaotic economy.