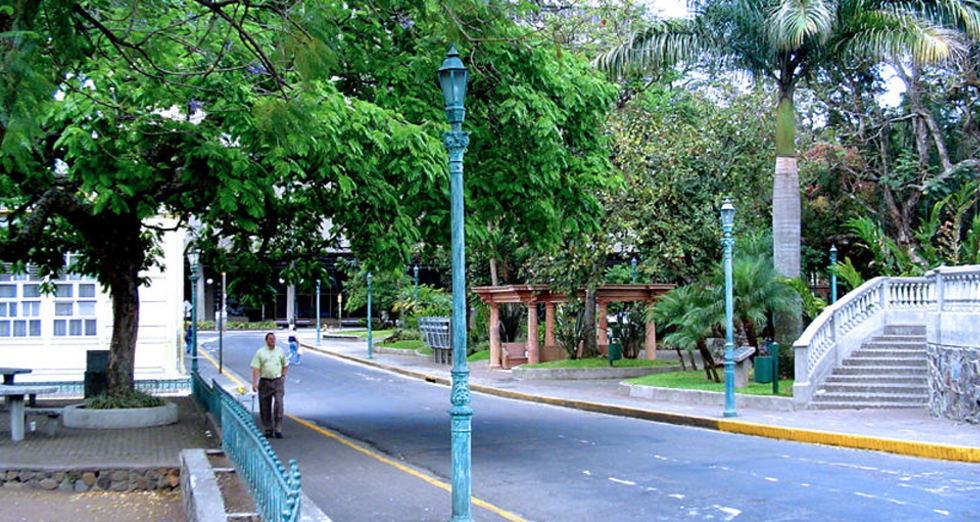 Costa Rica’s capital city wants to show its best side during the visit of US President Barack Obama starting Friday. And one of the areas which must get some makeup is the area around Casa Amarilla or the Ministry of Foreign Affairs, on 7th Avenue, in Barrio Amón.

The area around Barrio La California, the location of the SICA meetings, will also need sprucing up, not to mention the routes to be taken by the Obama motorcade.

Several crews from the San Jose Municipality and the Compañia Nacional de Fuerza y Luz (CNFL) – National Power Company – joined efforts to place spruce up the lawn on Parque Esapña (across from Casa Amarilla) and to improve street lights in the area.

One of the toughest jobs went to CNFL workers who changed 30 metres of underground cables in order to revive the lamps on Argentina Boulevard.

According to one of the workers, the wire thieves made a mess of the place a couple of weeks ago, leaving the street with light problems which must no exist on security grounds, even more so in the coming days.

It also became known that a census was made in the preceding days in order to learn the number of people working in the shops in the area, as well as of the number of houses in that sector of the capital city. .

One of the critical jobs for the visit of the US President is surveillance, which has been reinforced in all of the area with several groups of police officers.

For several days, Public Force officers have been patrolling the surroundings of the Instituto Nacional de Seguros (NS)  and the approaches to the Ministry of Foreign Affairs. High technology security cameras were placed on the right side of the Ministry.

All of these operations have been closely but discreetly observed by Costa Rican and United States security teams.

On Saturday, May 4th, President Barack Obama and the region’s heads of state will attend the summit of the Central American Integration System.