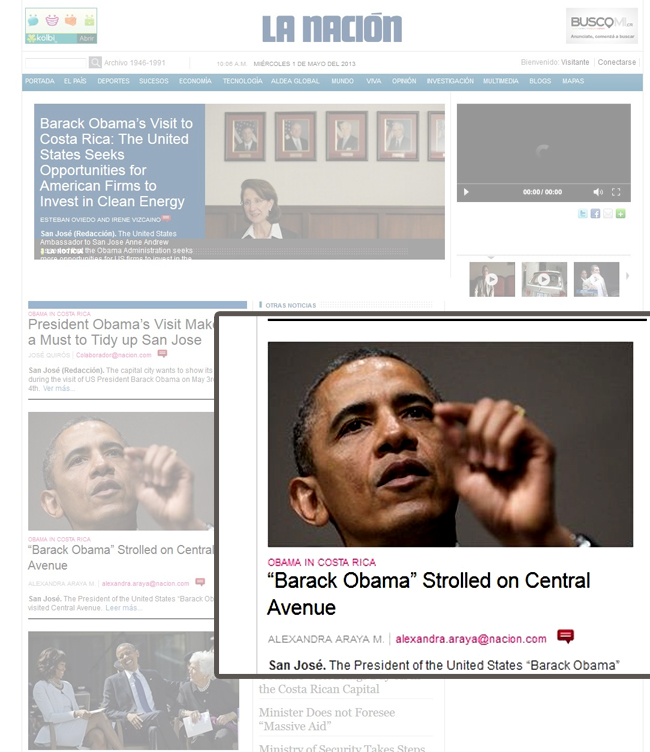 Although the link has not story attached to it, it made us wonder what’s going. Has Obama already visited Costa Rica and was that all the action last night of the flyover in the west of San José of three U.S. military helicopters, who flew real low and moving really slow?