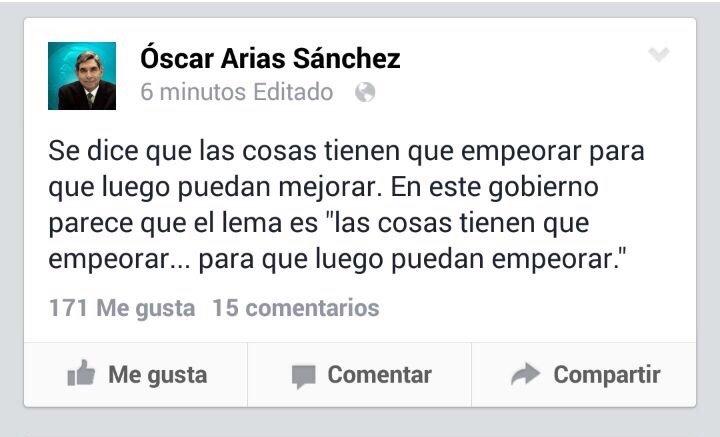 (QCOSTARICA) – President Luis Guillermo Solis called “inappropriate and disrespectful” the comments made by former president Oscar Arias (2006-2010), posted on the social media over the weekend criticism against his current administration.

Solis when he learned of the commentary on Sunday, he was attending flood victims in Turrialba.

Solis said he would not make further comment, but, confirmed that he is still looking for an opening in his agenda to personally meet with Arias and the other former presidents to address the country’s fiscal situation.

There are many legal ways to make money in...
Central America