President Solis Has Wasp Discovered in Guanacaste Named After Him 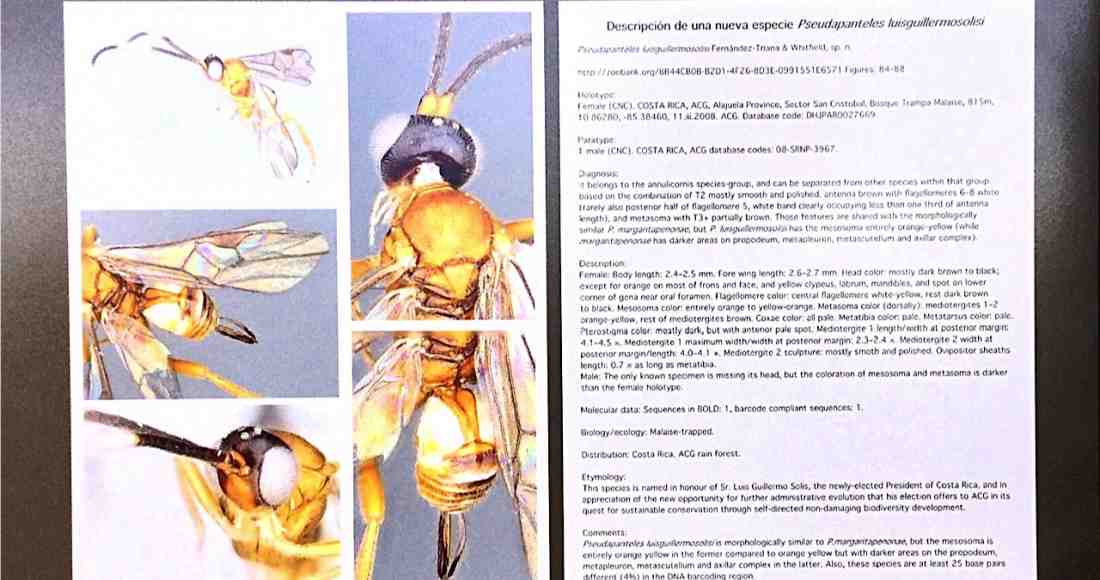 (qCOSTARICA) By Roberto Acuña Ávalos, Vozdeguanacaste – President Luis Guillermo Solis was not only given The e piglet “Daniela” as a pet, but now he will also have a wasp that bears his name.

We are talking about the species Pseudapanteles Luisguillermosolisi, which was recently discovered by the Guanacaste Conservation Area of SINAC.

The species is characterized by living in dry areas such as the area of the Santa Rosa National Park. For now, there are no population estimates of how many live there.

According to Alejandro Masis, from SINAC, they decided to name the wasp after the president in recognition of his conservation efforts.

According to Masis, the wasp does not sting people, just some worms that eat plants, and thereby helps with biological control.

The species is dark brown, black and orange in color and has an average size of 2.5 millimeters (0.01 inches).