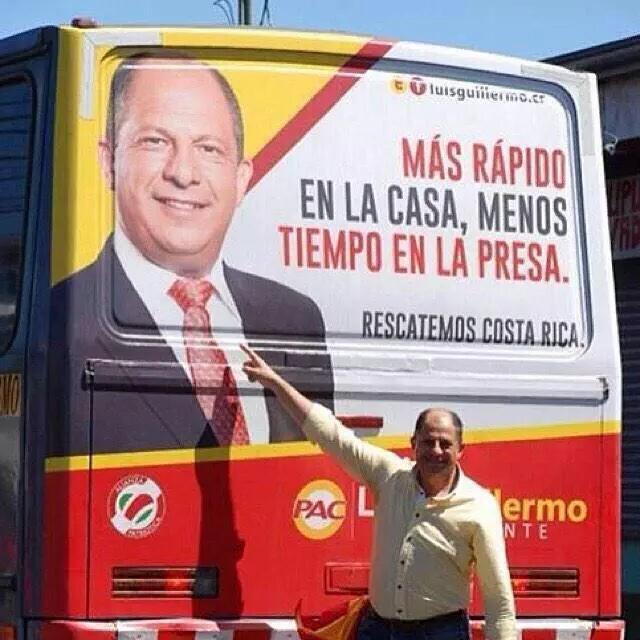 During his administration, the President assures that the government is working on several road infrastructure projects, with the objective of reducing the daily congestion, including the expansion of the Pozuelo-Valencia road to Heredia.

According to the report XXI Informe del Estado de la Nación (21st Report of the State of the Nation), drawing on the information based on studies by the Laboratorio de Nacional de Materiales y Modelos Estructurales (Lanamme) de la Universidad de Costa Rica – National Laboratory of Materials and Structural Models of the University from Costa Rica, the four roads that connect the GAM are completed oversatured, in some case up to three times the daily traffic they were designed for, designs that date back to the 1970s.

The Circunvalaction, the ring road from La Uruca to Calle Blancos; the autopista General Cañas; the Florencio Castillo (San Jose-Cartago); and the Ruta 27, especially the section between San Jose and Santa Ana, are used by between 50,000 and 80,000 vehicles daily.

Report author Leonardo Merino, points out certain roads like the San Jose-Desamparados that runs off the Circunvalacion as one of the major problems generating daily congestion, due to the high volume of vehicles to and from one, if not, the most densely populated area of the country.

The report says that the congestion not only generates wasted time, but also high costs in the use of fuel and its contamination of the environment and traffic accidents.

In regards to time, the report estimates that at least a quarter of the population takes up to two hours daily to get to work or home. The loss is calculated equivalent to 2% of the Gross Domestic Production (GDP) or US$590 million dollars 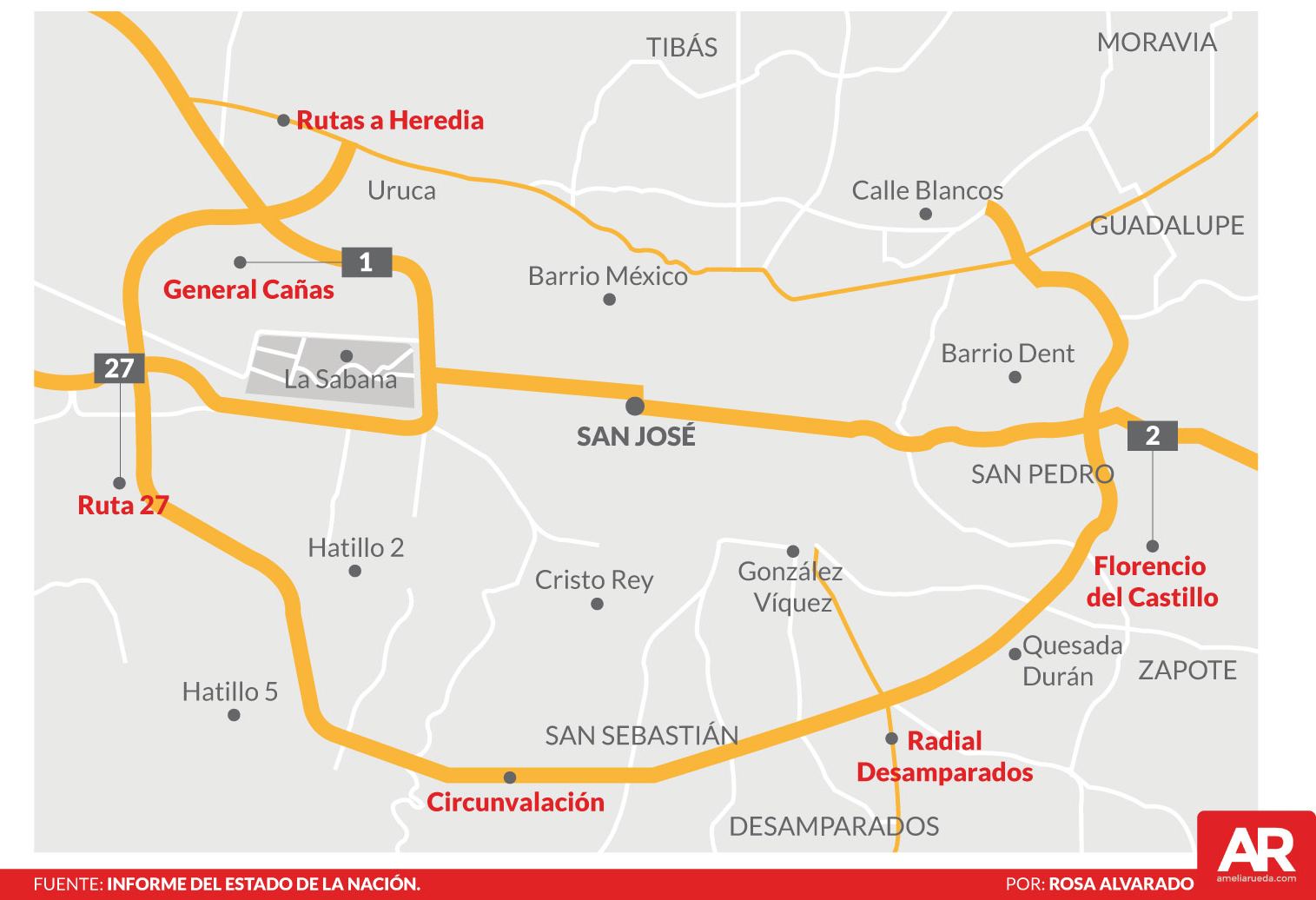 Traffic accidents are estimated to represent 3.7% of the GDP. Pollution and fuel consumption generates a cost of US$118 million dollars annually.

The slow process of getting road works project off the ground or completed are part of the growing problem, according to the report.

One example is the seven year process of repairing the bridge over the Virilla river on the autopista General Cañas, known as the “platina”. The repair job on the country’s busiest road had cost millions of dollars and still not finished.

The report cites the problems of the Solis administration to push ahead with the San Jose-San Ramon project (that would include the ‘platina’).

Although the current state of the country’s road infrastructure are not the creation of the current administration, many of the players (managers, contractors, state agencies, etc) are the same, almost two years (May 2016) into its mandate, has not seriously made a dent to curb the growing problem, that is only to get worse.

- Advertisement -
Paying the bills
Previous articleDon’t Just Accept It, File For A Reduction
Next articleWhat Some Are Paying In Marchamo