Private Investigator To Expats Headed To The U.S., But Not By Choice 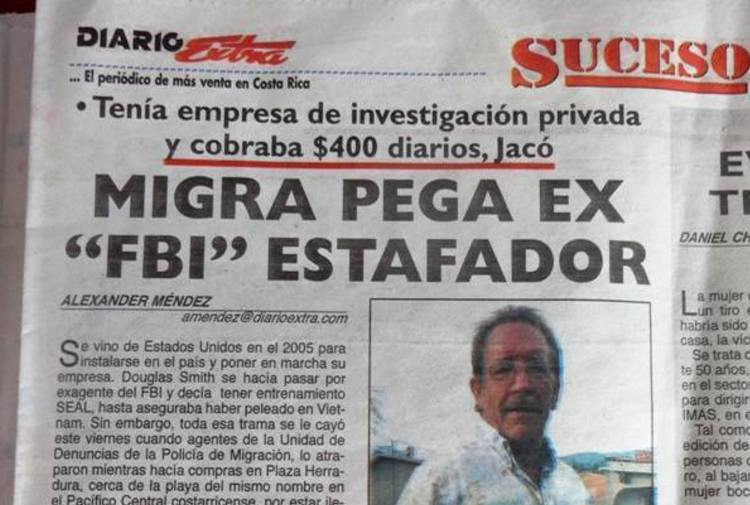 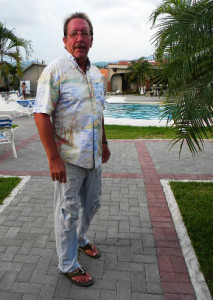 Smith is waiting to be deported, after being arrested last Friday for overstaying his visitor visa in Costa Rica.

According to immigration officials, Smith was nabbed at Plaza Herradura, a few minutes from Playa Jacó, on the Central Pacific coast. He is being held in San José’s immigration centre in the Hatillos while his deportation paperwork is processed. Delaying the deportation is the lack of money by authorities to buy Smith a plane ticket back to the U.S. For this immigration authorities are waiting on Smith to put up the cash.

According to a report by the DiarioExtra Costa Rica’s immigration police wanted Smith after a former client file a legal complaint alleging the PI has taken money without solving the case. According to the report,  the client says in the complaint that Smith was paid up to US$400 per day while dragging out the case and never completing the work he was hired for.

Over the years Smith made claims of being a former FBI agent and having Navy SEAL training, neither could be confirmed. He also claims to being married to married to a Costa Rican and having a family in the country, which if so, would mean he cannot be deported. According to immigration officials Smith has no family in Costa Rica.