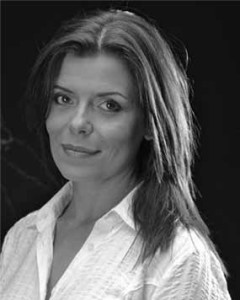 Costa Rican journalist Giannina Segnini won the Recognition of Journalistic Excellence 2013, granted by the governing council of the Gabriel Garcia Marquez Award. The jury highlighted “her extraordinary contribution to the quest for truth through investigative journalism and the use of the potential of new technologies in reporting.”

The award is given “to a journalist of a team of journalists that excels for their independence, integrity and commitment to the ideals of public service” of this profession, said a press release from the New Ibero-American Journalism Foundation, the sponsor of the award.

Segnini is the creator and editor of the Unit of Data Investigation and Analysis of La Nacion newspaper in Costa Rica, and has focused her work on denouncing corruption and abuse of power, the press release said.

The Foundation cited mainly her investigations into bribes paid by a Canadian multinational to the mayor of San Jose and a series of articles that led to the indictment and imprisonment of former Costa Rican presidents Rafael Angel Calderon Fournier and Miguel Angel Rodriguez Echeverria.

Segnini will be given the award in Medellin, on Wednesday, Nov. 20.