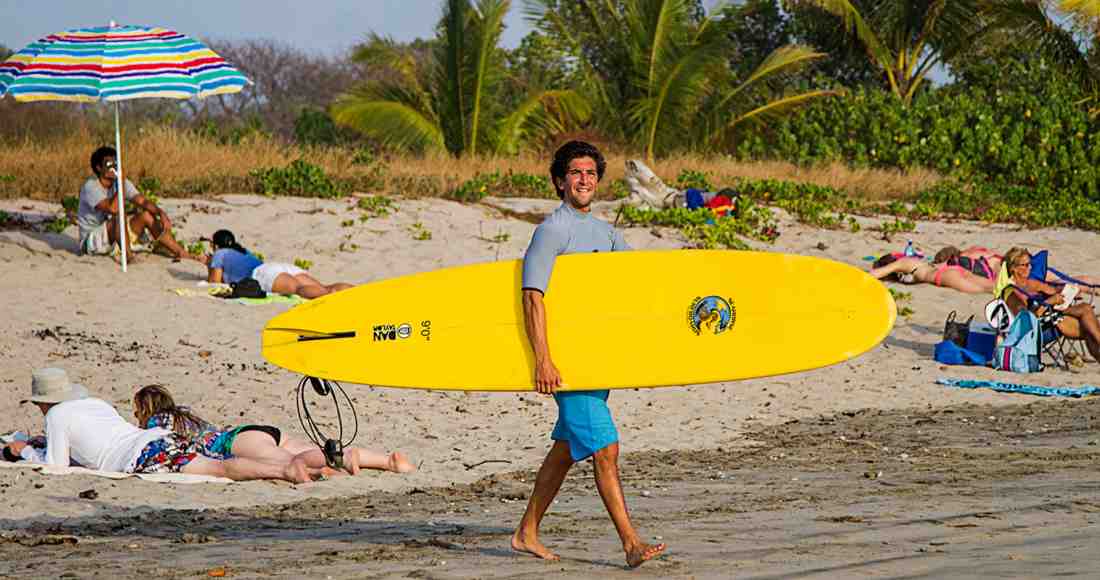 (by Henry Morales, Vozdeguanacaste.com) Two new legislative proposals are contributing to efforts by the community of Nosara to prevent drowning at local beaches, as well as crocodile attacks and environmental damage caused by both outsiders and local residents.

One of the proposals is a bill to create a National Lifeguard Corps, while the other is a program to recruit ad honorem environmental custodians.

Although Tourism Police and members of the coast guard currently patrol the beaches, the lifeguard proposal would provide more resources to government agencies for the training of additional personnel to keep beachgoers safe.

Technical studies would be conducted on various beaches to determine their level of danger and warning signs would be placed as needed, said Nogui Acosta, an aide to lawmaker Luis Vásquez, the bill’s main sponsor.

The Legislative Assembly is expected to discuss the proposed legislation as the safety of tourists continues to be threatened by growing populations of crocodiles at Guanacaste beaches and drowning deaths of tourists, including experienced swimmers.

Last year, for example, a 56-year-old Canadian man died at Playa Barrigona, near Sámara and Nosara. According to a friend of the victim, the man was an experienced swimmer, but emergency response time was too slow.

Days after the incident, National Police delegation chief Jorge Jiménez told The Voice of Guanacaste that his officers are not trained in aquatic rescue or how to react to these types of accidents.

If the bill passes, the National Lifeguard Commission would be composed of representatives from the Red Cross, the Costa Rican Tourism Board, the Public Security Ministry, tourism chambers and the Costa Rican Coast Guard.

Municipalities would be tasked with hiring squads of full-time, trained personnel and providing them with resources, equipment and budgets.

“(The bill) would be a very good thing because in Nosara there is no signage or lifeguards with proper equipment. There are also numerous crocodiles in the Nosara River where many people bathe. Yet there are no preventive measures in place,” Ávila said.

Another measure that would aid Nosara and other communities near refuges and national parks is a decree calling for the creation of Natural Resources Vigilance Committees, or COVIRENAS. The decree was signed by President Luis Guillermo Solís and Environment Minister Edgar Gutiérrez on July 25 in Nicoya.

Those interested in becoming ad honorem environmental custodians should present a formal request to a local office of the National System of Conservation Areas (SINAC) or to the Department of Prevention, Protection and Control at SINAC’s executive secretariat.

Better organization could help prevent crimes such as theft of animals or plants from protected areas and illegal logging. In Costa Rica, Guanacaste is the province most affected by illegal logging, according to the most recent report by the Environment Ministry, published in June.

The COVIRENAS decree takes effect once it is published in the official government newspaper La Gaceta. The National Lifeguard Commission bill is expected to enter into discussion in the Assembly in coming days.

(The Guardian) When she first set foot in Costa...
Brazil