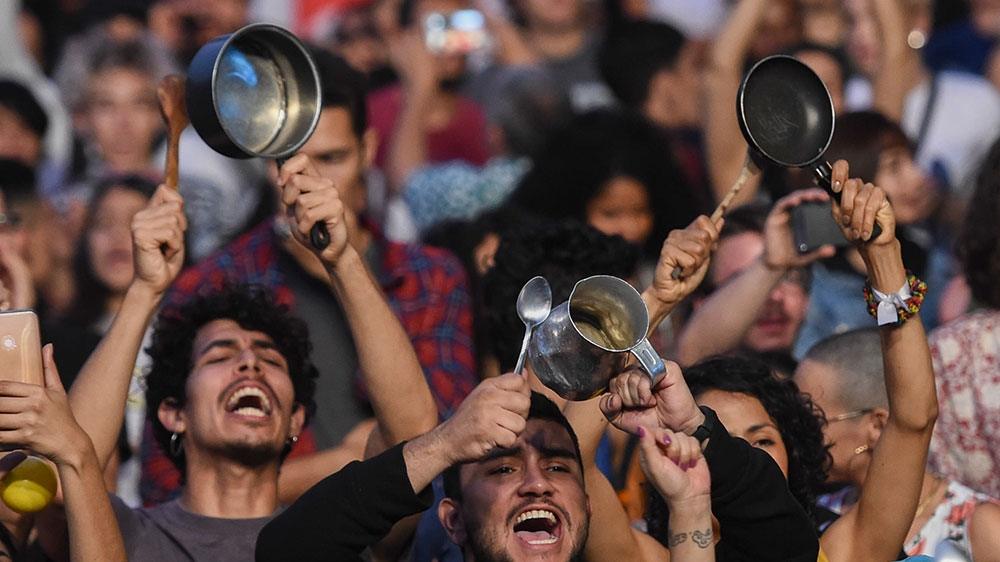 (Reuters) – Protests against the social and economic policies of Colombian President Ivan Duque will restart with more intensity this year, a top union leader said.

“I think (the protests) will be stronger. When we say stronger, they are demonstrations and strikes far from any violent intent,” Orjuela said. “The first strong action – like the one on Nov. 21, it will be similar – will take place in March.”

Protests last year were largely peaceful, but were marked by looting and attacks against public transport during their first few days, leading Cali and Bogota to institute curfews.

Five people died in connection with the demonstrations, which followed upheaval in other Latin American countries such as Ecuador, Chile and Bolivia.

The death of teenage protester Dilan Cruz, injured by a projectile fired by riot police, became a rallying cry for many marchers, who have demanded the force be dissolved. The squad is now banned from using the weapon that killed Cruz.

The National Strike Committee, comprising unions like the CUT and student groups, initially presented the government with 13 demands in talks – including stepped-up efforts to stop the murder of human rights activists and implement a peace deal with leftist rebels.

Protesters had asked the government scrap a tax reform proposal, especially a provision to cut taxes for corporations, but the bill was passed by Congress just before Christmas.

The committee later increased its demands to 104 points, including opposition to fracking.

Most demands are things already agreed with students, indigenous communities and other groups, but not implemented, Orjuela said.

The committee has demanded one-on-one talks with the government, but Duque has insisted on wider participation by civil society, including business groups.

“What the strikes and marches have expressed is there is another opinion in Colombia,” Orjuela said. “It is very important for us that the government understand it must listen to that opinion.”

The committee and the government may meet in the coming days, he added.

QCOSTARICA - Is there something worse than having a...
Cartago