Authorities described horrendous scenes from a "church" where exorcisms were believed to have taken place. Seven mutilated bodies were found in a nearby mass grave.

Seven people, including a pregnant woman and her five children, were killed in a suspected ritual carried out by a religious sect in a remote indigenous community in Panama, authorities said Thursday. 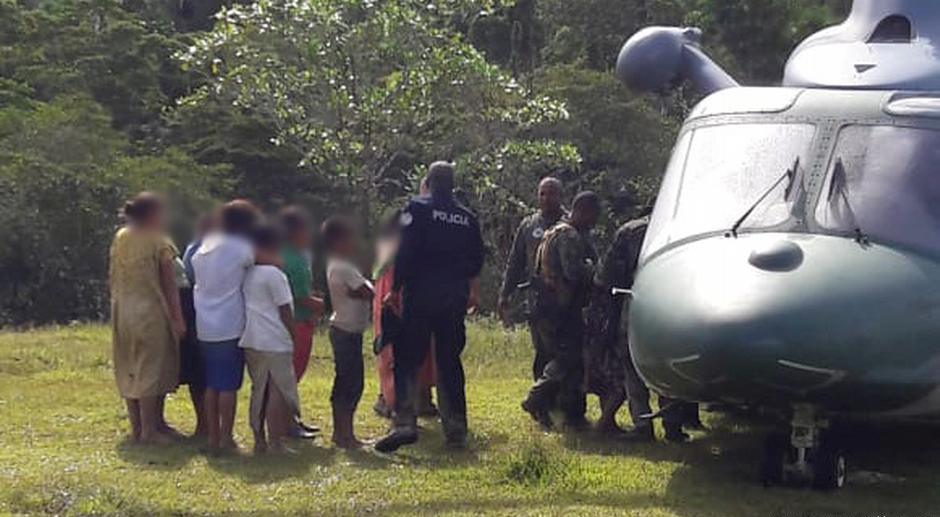 Officials found the bodies in a mass grave in the indigenous region of Ngabe-Bugle, said Rafael Baloyes, senior prosecutor of the Bocas del Toro province of western Panama, according to reports by La Estrella.

“We’re talking about seven victims, six minors between the ages of 1 and 17,” Baloyes said. “Six from one family, the mother and her five children, and the mother was pregnant.”

The grave containing the hacked remains of the victims was unearthed after three locals notified authorities following their escape from a “church” where exorcisms were believed to have taken place. The woman was thought to be between four and six months pregnant.

“They were performing a ritual inside the structure. In that ritual, there were people being held against their will, being mistreated,” Baloyes said.

“All of these rites were aimed at killing them if they did not repent their sins,” he said, adding that investigators found machetes, knives and a ritually sacrificed goat.

On Wednesday, authorities released 15 people being held by the little-known religious sect known as “La nueva Luz de Dios” (The New Light of God). The cult reportedly has only been operating in the jungle-clad region near Panama’s Caribbean coast for around three months.

Ten members of the sect were arrested on suspicion of being involved in the murders.

With reports from AFP, AP, Reuters