Public Employees Get Day Off For Visit of China’s President

The central government announced that the public sector will get a day off work on June 3 for the visit of China’s president, Xin Jinpin. 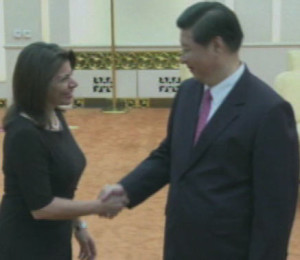 The decision was made because the visit is considered of public interest and also for security measures, says Casa Presidencial.

Just like the visit by US President Barack Obama on May 3, the day off for public employees, which filters down to the private sector in many cases, facilitates the movement of the Asian president and his entourage along the designated routes of San José.

Authorities will be preparing activities and police operations for the visit, which will probably mean closures of certain roads and access to various different areas of downtown San José.

Casa Presidencial says details of the visit will be provided in the coming days.

QCOSTARICA - If it is proven in a final judgment that they did pay bribes to Conavi officials, several companies could be disqualified from...
Disasters

QCOSTARICA - In times of pandemic, things change constantly, especially when it is necessary to tighten the belt to reduce the contagion of covid-19. The...
Rico's Digest