QCOSTARICA – With the voice of Alondra Gutierrez, accompanied by the Banda de Conciertos de Puntarenas and the pounding waves of the ocean, the Pacific port city inaugurated its amphitheatre on Thursday.

The infrastructure, called “Concha Acústica”, has concrete bleachers for capacity of 500 people at a cost of US$500,000 donated by the government of China, to honour the descendants of Asian immigrants living in Puntarenas. 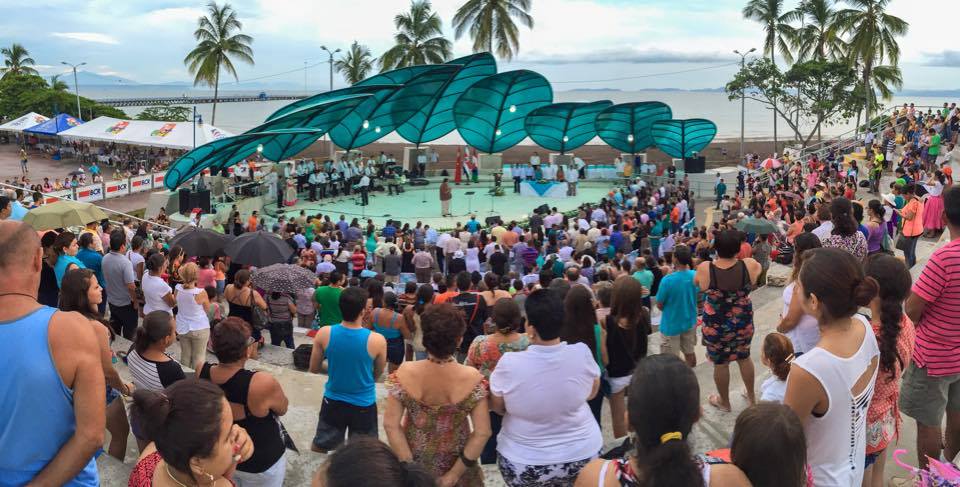 The inauguration coincided with the “porteños” (locals) celebrating its 157th anniversary of the founding of their city.

Update on the Extension of Entry Stamps

CORRECTION: Tourists arriving up to November 30, 2020 and not October...
Read more

QCOSTARICA - 50% of the tax revenue collected by the Ministry...
Read more

QCOSTARICA - In recent weeks coyotes have been seen roaming the TEC campus in Cartago, hungry and looking for food, especially on the shore...
National

QCOSTARICA - Strong winds, generated by the influence of cold push number 12, prevented the firefighters from controlling a fire in vegetation registered in...
Politics

QCOSTARICA - In a little over a year, in February 2022, Costa Ricans will take to the polls to elect a new president. General elections...
Health

QCOSTARICA - The Minister of Tourism, Gustavo Seguro, announced this Tuesday afternoon an agreement for private laboratories to help in conducting covid-19 tests for...
Health

QCOSTARICA - The Legislative Assembly approved Tuesday afternoon the first extraordinary budget for the fiscal year of 2021, which ensures ¢40.5 billion colones for...
Jaco

QCOSTARICA - A young man survived after jumping on his bicycle from the roof of an ice cream parlor and suffering a severe blow...
Coronavirus

TODAY CUBA – Havana. It’s a gamble that may sound crazy, but experienced Cuban researchers have focused on the task of developing the first...
Central America

Q24N (Guatemala city) The governments of the United States, Mexico and Guatemala agreed on Friday to prohibit the passage of migrant caravans through their...
News

Q TRAVEL - U.S. President Joe Biden signed on Thursday an order mandating, aside from providing a negative Covid -19 test before boarding, all...