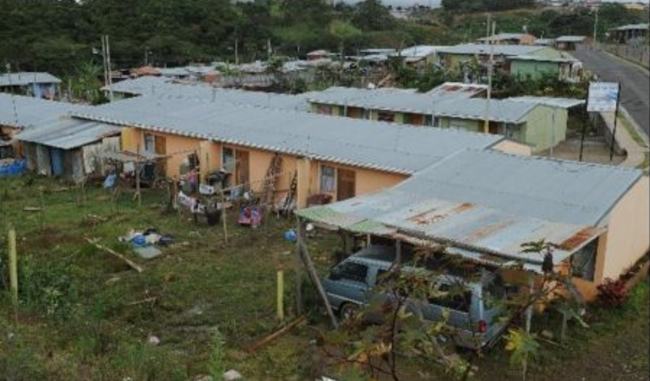 By Linda Andrade Rodrigues /s-t.com – As pacifists, Quakers are drawn to Costa Rica, the Central American country whose people choose to have no standing army.

Following in their pastor’s footsteps, the Allen’s Neck Friends Youth Group will embark July 9 on a seven-day mission trip to a small barrio outside of San Ramon.

“We have poverty in our own backyard, but by bringing the kids out of the environment they know and into the larger world, they will see how a huge part of the world’s population lives in these conditions,” said Charlie Morse, the pastor of Allen’s Neck. “I think it shakes them up and changes their perspective of the world.”

Morse previously travelled to the region with the Grace Episcopal Church Youth Group.

“It proved to be a wonderful experience,” he said. “We deeply felt God’s call to make a difference in the lives of the people of Bajo Tejares. I have a cousin, a wonderful, generous man, who will loan us his house located in La Paz, a small farming village about 30 miles north of San Ramon.”

The village consists of small farms growing sugar cane, coffee and vegetables. Ox carts are common on the dirt road passing the house.

“The differences between the farming village and the barrio are immense, and neither is like anything the youth will have seen before,” Morse said.

This community is made up primarily of Nicaraguans who fled political persecution and economic instability, seeking a better life for themselves and their children.

“Initially, the Costa Rican government provided for them; then they became ‘outsiders’ and a burden for the people of Costa Rica,” said Morse. “Abandoned and poor, these people subsist under the worst physical conditions and live in wooden shacks with dirt floors. The unemployment rate is around 80 percent, with most surviving on day labor, prostitution or drug trafficking.”

During the last visit the teens built two sets of bunk beds, which they delivered to homes in the barrio.

“We had direct interaction with the youth and families, including being invited into their homes,” he said. “It proved an eye-opening experience.”

Their other project was to help build a fence around a new basketball court, and they played with children at the mission.

On the mountain top, they also were able to spend time with farm families and were given a tour of one of the farms.

“We hired two local teenagers to lead us up into the cloud forest for a long hike and held our Sunday silent worship under the canopy,” Morse said. “It’s a great place to do that on top of mountains with the jungle all around you and the noises.”

The youth groups partner with Faithful Servant Missions (FSM), which identified three major areas of intervention to break the cycle of poverty: physical, educational and spiritual. The board of directors purchased four acres of land at the entrance of the barrio, and they completed construction of Centro Comunidad Cristiana in August 2008, which included a multipurpose church building, a parsonage, recreational facilities and an education building to hold after-school tutoring and mentoring programs.

FSM began to address the physical needs of the community on a case-by-case basis, ranging from hosting vision clinics to home repair for residents of Bajo Tejares.

“We began to meet educational needs through one-on-one academic support programs for over 150 children, as well as recreational time and homework assistance for all students,” explained Morse. “Then the University of Costa Rica began to sponsor night classes for adults, and we began to see parents learning to read and graduating from elementary school and high school.”

The ministries were not left behind, as Centro Comunidad Cristiana began to minister to the spiritual needs of the community through weekly support groups for mothers, fathers, pre-teens and teens, as well as to host Children’s Church and Mission Church services on Sundays.

“The transformation within the community has been amazing, ranging from better housing and roads, to literacy, to vibrant faith for people of all ages,” said Morse. “Worship is taking the place of despair; academic success is displacing failure; and instead of living as outsiders we are finding our homes together in Christ.”

But Morse said there is still so much yet to be done.

“While transformation has begun, it is far from over, and we are blessed to share in this journey of hope in Christ with our brothers and sisters in Bajo Tejares,” said Morse. “We are happy to accept donations, if anyone is inclined to support our mission. A trip of this magnitude is expensive to put together.”