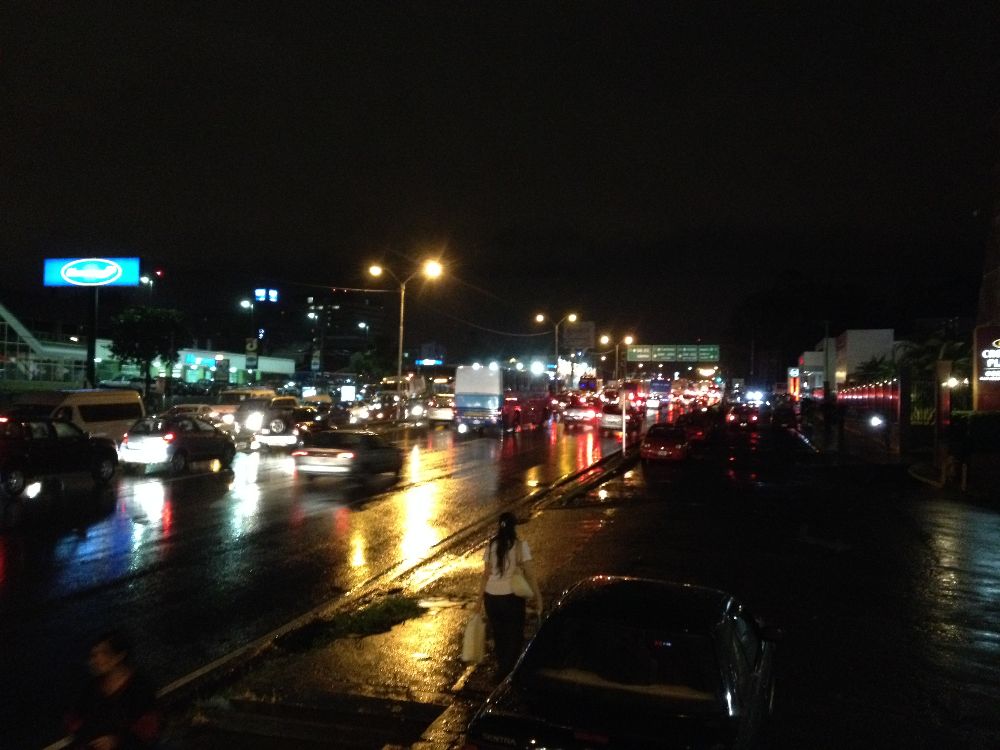 COSTA RICA NEWS – The ‘quiebra vidrios’ (Spanish for smashing and grab) has not lost their momentum and to avoid getting caught by police have changed their modus operandi: they now work the night and early morning hours, leaving behind the ‘rush hour’ attacks.

This is the word form the regional director of the Fuerza Pública (police), Juan Carlos Arias, who said the cases of attacks by the ‘quiebra vidrios’ continues, despite a considerable reduction in recent weeks.

Arias noted that the attacks are not occurring at night and early mornings, instead of the typical rush hour when vehicles were vulnerable while being stuck in traffic.

While the hours have changed, the “hot spots” remain the same: Hatillo 6 (at the traffic light intersection of the Circunvalacion, Curridabat, Escazú and Santa Ana.

The police chief says that leaving valuable objects in plain sight is a good sign for attacks. Targeted mainly by the ‘quiebra vidrios’ are women travelling alone.

We’ve all done it, leaving our laptop, tablet, cell phone, purse, briefcase, etc. etc.  on the passenger seat or in plain view and easy to grab; talking on a cell phone, with the window open, while waiting for a red light or traffic ahead to move.

Given then high awareness of these attacks and the location of the hot spots, many have taken precautions, leading to a decrease in reports. This, it appears, has prompted the attackers to change their schedule, though not necessarily the location.

The Hatillo 6 intersection is a perfect example. Here, traffic on the Circunvalacion is heavy, meaning a lot of potential suspects. Drivers moving along the highway between La Uruca and San Pedro are met with the only two traffic lights on the ring road, causing drivers to down their guard. Plow, as the ‘quiebra vidrios’ hit the glass and in a few seconds grab whatever they can and then speed off into the series of alleys that is common in that neighbourhood. Easy marks are those with expensive telephones, talking away with the window open, while waiting for the light to change.

The ‘quiebra vidrios’ move quickly, in flash. Night or day.

According to Arias, most are minors, some already have a history with crime and in and out jail, others belonging to local gangs.

The Circunvalacion, for example, is full of empty lots, growing grass, bushes and places to hide from unsuspecting motorists and for easy getaways and hiding out from police.