Rains in Guanacaste to End One Month Earlier Than Normal; Will Not Return until June 2016

QCOSTARICA by Wilberth Villalobos, Vozdeguanacaste – The National Meteorological Institute (IMN – Instituto Meteorologico Nacional) estimates that the rains will leave Guanacaste this October and will not return until June of 2016.

The announcement was made by Juan Carlos Fallas, director of the IMN, who indicated that there has been a 65% deficit in the province so far this rainy season.

“Normally the rainy season ends in mid-November. However, with this situation it could happen during the second half of October. Now, if this scenario we have at the moment and the El Niño phenomenon continue, it could be that the [rainy] season comes later. It could come during the first week of June,” said Fallas.

Regarding the lack of rain this past season, Fallas mentioned that the determining factor is the combination of trade winds that come from the East with those from the Pacific, which provokes very weak precipitation.

“The winds in Costa Rica regulate or adjust the rains. Until the trade winds die down in the Guanacaste area, we will keep having dry conditions with very weak precipitation,” she said.

AyA Continues to Bet on Nimboyores to Combat Drought

Regarding the drought, Carlos Zuñiga, the sub director of the National Groundwater, Irrigation and Drainage Service (SENARA – Servicio Nacional de Aguas Subterraneas, Riego y Avenamiento), explained that the entity monitored 18 coastal wells in the Huacas-Tamarindo aquifer in Santa Cruz and found that seven of the wells have shown lowered water levels, eight are dry and three have become salinized, meaning that they have salty residues.

The situation is not encouraging for the Huacas-Tamarindo aquifer, which has shown a drop of four meters, which is about 20%.

“There is hydraulic stress and a drop of twice that much is expected for the Huacas-Tamarindo aquifer, which is to say 40%, which is why it is prohibited to drill more wells,” stated Zuñiga. 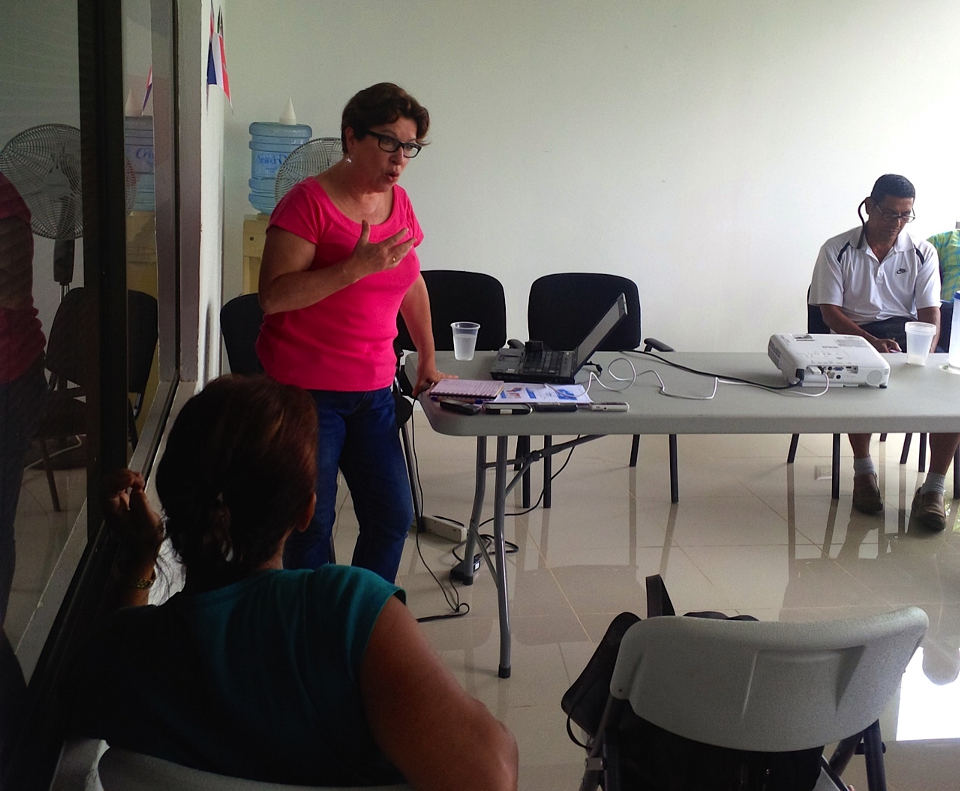 To alleviate the situation, Yamileth Astorga, executive president of AyA, believes that it is essential to continue supplying water to the affected ASADAs using cistern trucks.

In addition, she stated that it is essential to take water from the Nimoyores aquifer and that those who are opposed are unsupportive.

“To be opposed is to lack solidarity. The Nimboyores aquifer has a good amount of water to supply. It is not certain that it’s the death of the Nimboyores; water is for everyone and not just for private developers,” said Astorga.

The Costa Rica Institute of Oceanology (Instituto de Oceanologia de Costa Rica) is a non-profit organization made up of national and international ecologists who oppose the exploitation of the Nimboyores.

“Our position is that the Nimboyores aquifer, being a recharge area [which is to say, a zone with special geophysical characteristics where aquifers are recharged by the infiltration of rain and river water] is the last reserve of the communities in the case of a natural disaster or humanitarian emergency; for that reason it should not be exploited above and beyond supplying the communities in the watershed: Lorena, Cartagena, Tempate, el Jobo, el Bejuco, el Eden and nearby towns,” the organization explains on their Facebook page.

Miguel Obando, president of the Huacas ASADA and coordinator for the Committee for the Sustainable Management of the Nimboyores and Coastal Aquifers (CONIMBOCO – Comision para el manejo sostenible del acuifero Nimboyores y acuiferos costeros), reported that 14 ASADAs currently make up the group, which was formed in January of this year and includes the communities of El Llano, Hernandez, Huacas, La Garita, Lorena, Matapalo, Potrero, Playa Grande, San Jose de Pinilla, Santa Rosa, Tamarindo and Villareal, among others.

With the management plan that they’re developing, they hope to protect the area with reforestation, biodiversity management and continuous and collaborative monitoring of the water extracted and the aquifer’s level. In addition, they hope to prevent the indiscriminant use of water for irrigation, golf courses and pools.

Q REPORTS (Council on Foreign Affairs) Democracy is being destroyed in Nicaragua. This has been the long-term project of Daniel Ortega, the country’s dictator,...
Quepos

The small Central American country of Costa Rica is known to be one of the top locations to retire, but it is also known...
Nicaragua