Rainy Season in Costa Rica Around The Corner: Experts Predicting an April 1 Start 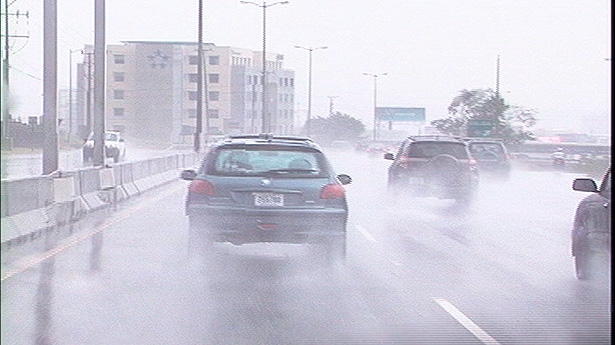 Although not abnormal for the summer or dry season, the downpours of the last couple of days are really the start of the winter or wet season, according to the forecast by the national weather institute.

Juan Carlos Fallas, director of the  Instituto Meteorológico Nacional (IMN), says that the start of the rainy season this year will be April 1, weeks ahead of the normal.

“The rainy season will start in the South Pacific, then by the third week in April will be in the Central Pacific”, explained Fallas.

The weather expert said that by mid-May we will see the full rainy season in effect in the Central Valley (San José) and the North Pacific.

Thursday afternoon many were surprised by the sudden and unexpected downpours. Although concentrated mainly in the San José area, the southern zone also reported rainfall. The Friday afternoon rains weren’t as intense, but they did fall. More rain is expected today, Saturday.

These rains are attributed to the hot sunny mornings, as moisture builds up in the air and released by the clouds in short, but intense bursts in the afternoons. Friday’s rain, however, was different. In many parts of San José there was a light drizzle in the early evening hours.