Real Estate in Costa Rica Swings to Profit in 2013 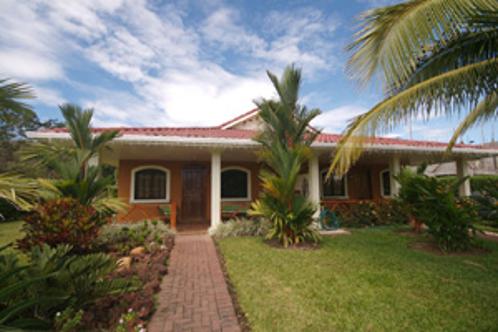 A sharp increase in real estate acquisition and development by foreign investors in Costa Rica contributed $377 million to the national economy in the first quarter of 2013 (Q1). In real estate offices around the Central Valley, purchasing activity during the first three months of the year climbed by 13 percent when compared to the previous year.

According to a report by Oscar Rodriguez of La Nacion, the Pacific coastal housing market is experiencing healthy demand with regard to residential investment. In the Central Valley and San Jose’s Greater Metropolitan Area (GAM in Spanish), there was a greater focus on commercial real estate.

The Central Bank of Costa Rica reported that the $377 million enjoyed by the real estate sector represents 90 percent of revenue in 2012; in other words, the real property industry seems to be booming once again. Estimates by La Nacion indicate that the quarterly increase has been the highest since the year 2000.

Although real estate was the greatest contributor to direct foreign investment in Costa Rica during Q1, it is important to note that other sectors also saw great inflows of cash come in from overseas investors. The total foreign investment for Q1 of $866 million represents an improvement of 41 percent over the previous year.

To estimate direct foreign investment in Costa Rica’s real estate sector, the Central Bank accounts for all acquisitions and development projects valued at $500K or more that appear in the National Registry. Both capital inflows and the parties involved must have a foreign origin when considered by the Central Bank.

La Nacion interviewed Andres Zamora, Vice President of the Costa Rican Chamber of Real Estate Agents, who mentioned that the area surrounding the Daniel Oduber International Airport in Liberia was ripe for business. A Century 21 spokesman explained that the recovery this year has been a long time coming, and that further improvement is expected for Q2.

In late 2011, The Costa Rica Star published a series of articles that highlighted the volatility of real estate in our country. Haciendas of the Rich and Famous, for example, took a look at celebrity real estate. A few months later, there was a report about an uptick in residential acquisitions by foreigners and soaring home values. By the time HSBC was acquired by the Colombian Davivienda Group, middle-class Ticos were applying for mortgages en masse, and Mel Gibson was selling his massive Hacienda Dorada in Nicoya.

It is easy to get caught up in the excitement of the real estate market in Costa Rica; after all, who wouldn’t want to own a slice of paradise and make a few dollars in the process? Would-be investors are advised to proceed with caution when it comes to speculating in the volatile and uncertain real estate market in Costa Rica. Keep in mind that just last year San Jose was home to the most expensive homes in Latin America, and that haphazard development is the norm around the country.