Costa Rica Also Spies on Her Own 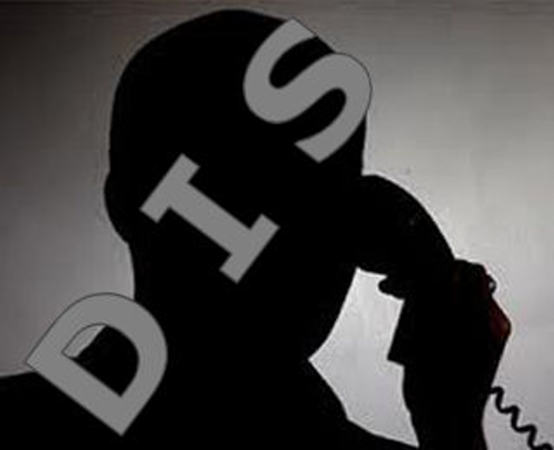 Yes, espionage and monitoring take place in Costa Rica, but not to the Orwellian extent carried out by the United States. Unpleasant snooping activities in Costa Rica have been revealed in the past; in fact, there is an ongoing legislative effort to either shut down or minimize the National Directorate of Intelligence and Security (DIS), an agency tasked with protecting presidential interests as well as spying. 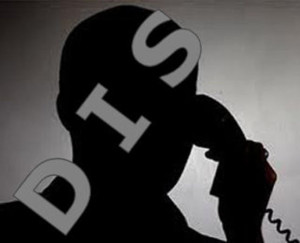 Thanks to the systematic release of secret information by Edward Snowden, the former technical contractor for a couple of U.S. espionage agencies, people in Costa Rica and around the world know about the grievous work of shadowy outfits like the National Security Agency (NSA). We know, for example, that the NSA can collect audio and video communications from VoIP services such as Skype and magicJack through PRISM. We recently learned, via La Nacion and Brazilian news daily O Globo, that the NSA’s Boundless Informant program has been used to monitor private email communications and Facebook, the most popular social network in Costa Rica.

President Laura Chinchilla was not too happy about this latest revelation; to this end, she had this to say:

“As a citizen of an unarmed democracy such as Costa Rica, such things make me uncomfortable: I don’t like them.”

She added that she understands the need of some countries to assume protective measures in light of terrorists threats of high magnitude, but she also mentioned the rights of other nations to guarantee the privacy of communications among citizens.

The revelation of this secret monitoring of Costa Rica by the U.S. arrives a couple of months after President Barack Obama’s visit, and political leaders do not like it at all. Legislators Luis Fishman and Claudio Monge called for the matter to be discussed at the National Assembly, and Jose Maria Villalta from the Frente Amplio (Broad Front) opposition party called on the government to confirm the reports on what he called:

“an intolerable affront to the sovereignty of our country. The government must demand clear answers in an energetic manner, leaving aside subservient attitudes.”

It is interesting to note that legislator Villalta is also behind a proposal to minimize the scope and activities of the DIS (PDF), an agency that was created in 1994. The problem is not so much that the DIS is an eavesdropping agency; after all, intelligence gathering is in the best interest of most nations. The problem is that the DIS operates with impunity and without any checks or balances from the citizenry by virtue of its structure as a presidential security detail.

A History of Espionage

Spying in Costa Rica is an uncomfortable vestige of the Cold War. When former U.S. President John F. Kennedy visited our country in 1963, he lamented the lack of intelligence agencies in Central America that could snoop on the activities of Cuba and the former Soviet Union in the region. Shortly after his visit, the first Costa Rican spy agency was created under the name of the Agencia Nacional de Seguridad, which curiously translates in English to National Security Agency. And where were the headquarters of this spy agency were located? Across from Kennedy Park in San Pedro.

The old Costa Rica NSA operated under the supervision of the Ministry of Public Safety (MSP in Spanish), which is supposed to oversee all matters of law enforcement and security. The DIS, however, answers to no one but the President of Costa Rica. This is a grave concern to legislators since the DIS has a history of abuses of authority and sweeping espionage on Ticos. This is what happens when such an agency is allowed to operate without restraint -corruption and obscurity ensue along with severe abuses of power.

In 2008, the MSP and the Organization of Judicial Investigations (OIJ) decided to spy on the DIS after receiving piles of complaints from Ticos about unethical behavior and general wickedness. What the MSP and OIJ found was a series of constitutional violations and general malfeasance by the DIS. For example, under President Figueres Olsen, multiple illegal telephone wiretaps were found in Costa Rica -this was the result of clumsy ICE technicians retained by the DIS to do the job.

Then there was the issue of the DIS not doing what they were supposed to, such as the apprehension of a Colombian citizen hiding in Costa Rica due to his responsibility for a massacre in South America. The DIS had snooped on the suspect but kept prosecutors in the dark, until the MSP finally intervened with old-fashioned police work and moved to arrest the man.

The most egregious accusation against the DIS, which is an agency that cannot be prosecuted, is that they not only use their spying powers and resources to commit extortion against Ticos, but they have also foregone their allegiance to Costa Rica in favor of yielding to U.S. interests.

Even more of the shadowy work of the DIS was brought to light by the WikiLeaks Cablegate affair. In the past, The Costa Rica Star has reported on these topics, some of which were fictionalized by sci-fi author William Gibson in Spook Country -wherein Costa Rica is a haven for retired U.S. intelligence agents. A scary diplomatic cable transmitted during the administration of former President George W. Bush has been labeled as “high-level horse trading and diplomatic bastardy” suggested that the U.S. could exert pressure on European nations that did not do business with agro-industrial giant Monsanto.

The WikiLeaks Cablegate affair also exposed the existence of CINEC, a joint operation between the U.S. Central Intelligence Agency (CIA) and the DIS to ostensibly combat drug trafficking in Costa Rica and the region. A former MSP director confirmed that the DIS received training, safe houses and vehicles from the CIA under the CINEC program, authorized by (who else?) former President Figueres Olsen. A cable originated from the U.S. Embassy in Costa Rica mentioned that this former MSP director threatened to air dirty laundry on former President Oscar Arias, which suggests that the DIS has been used for political espionage.

The inherent relationship between the DIS and the former telecommunications monopoly ICE, which ultimately answered to the government of Costa Rica, came to light in 2010. At that time, seven ICE security officers became spooks and followed a labor union leader around as he went about his business. The shadowing took place over two weeks as the subject went to the doctor’s office, his favorite restaurants, the bank, and even to church. According to ICE, this act of corporate espionage was conducted to catch the union leader skipping on his work responsibilities, but no one bought that excuse. ICE did not like this particular union leader and resorted to DIS tactics to try to snoop on his work as an advocate for the rank-and-file ICE employees.

For the reasons above, legislators and former prosecutors have been calling for a comprehensive reform to the DIS and its espionage capacity in Costa Rica. Another area of concern is that this snooping outfit is eating up a lot of money: $6 million just in 2008. There is a glimmer of hope, however, in the sense that the agency’s relevance is fading. Under the administration of President Chinchilla, the DIS has been mostly relegated to serving as a presidential security detail (and not even a very good one), and calls to reform the agency are stronger among legislators.

There is no doubt that Costa Rica, a country without an army, should rely on intelligence collection and analysis to defend herself; but, such activities should not be conducted in complete secrecy. At the very least, the National Assembly and the MSP should supervise these operations.