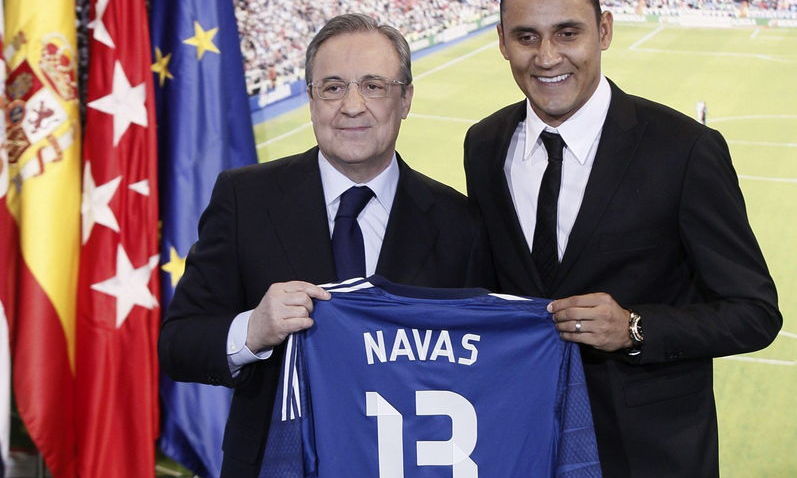 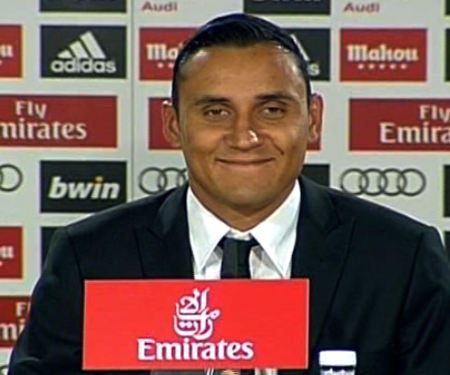 All three major news stations in Costa Rica, Repretel, Telenoticias and Canal 9, broadcast the interview life from Spain, pushing back the morning newscast.

“I am going to be training with the best players in the world,” said Navas.

The 27-year-old goalkeeper, who leaves Levante for the Santiago Bernabéu, was a star performer as Costa Rica reached the quarter-finals in the World Cup 2014, in Brazil.

A statement from the club read: “Real Madrid CF and Levante UD have reached an agreement over the transfer of Keylor Navas, who will be tied to the club for the next six seasons.

“The player will be presented on Tuesday, August 5, at 1pm [local time] in the Bernabeu’s royal box, after undergoing the relevant medical examinations. Subsequently Navas will tread the turf of the Bernabéu for the first time.”