Reckless Driving and Speeding Cause Of Accident Claiming Five Lives

COSTA RICA NEWS – The Q doesn’t normally report or publish car accidents, just too many. But accidents like the one Wednesday night that took the lives of five young people remind us all of the the dangerous roads and drivers in Costa Rica.

Short on skills of the driver, speeding and lack of a median strip or divider, are some of the reasons that led to the collission between a small vehicle and a truck Wedendsay night, on the autopista Florencio del Castillo in San Dieo in La Union de Cartago, leaving the five dead at the scene.

At accident occurred around 9:00PM.

Family and friends say that the group of five had left Dulce Nombre headed for San José by way of the autopista.

Four kilometres in their trip, the passenger vehicle left the road, crossed the median (since there is divider) and slammed head on to the oncoming truck.

Diego Herrera, head of the Policía del Tránsito in San José, said that there was “possible speeding on the part of the passenger vehicle, a Honda, causing the driver to lose control (…).”

Herrera added that four were wearing seatbelts, the fifth not, and was thrown from the vehicle.

Hector Chaves, directro fo the Cuerpo de Bomberos (fire department) explained that the Honda hit the left front side of the truck, was dragged some 40 metres (140 feet), and the sparks from the friction generate between the metal parts and the pavemenet, caused the leaking fuel from the passenger vehicle to ignited into  flames.

The driver of the tractor trailer (whose identity was not provided to the press) suffered severe burns while attempting to extract the bodies from the mangled wreckage engulfed in flames. 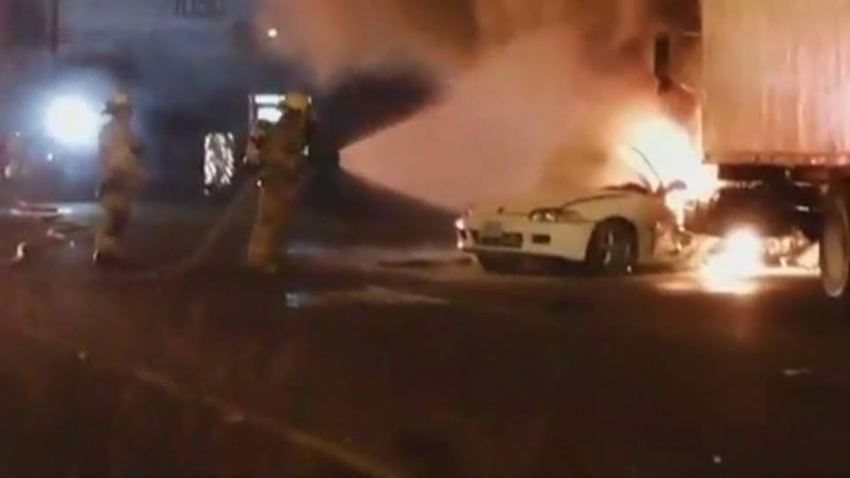 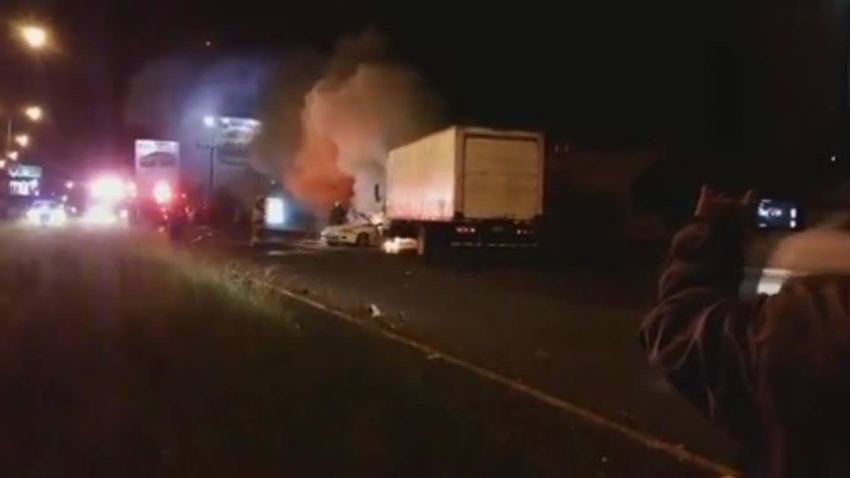 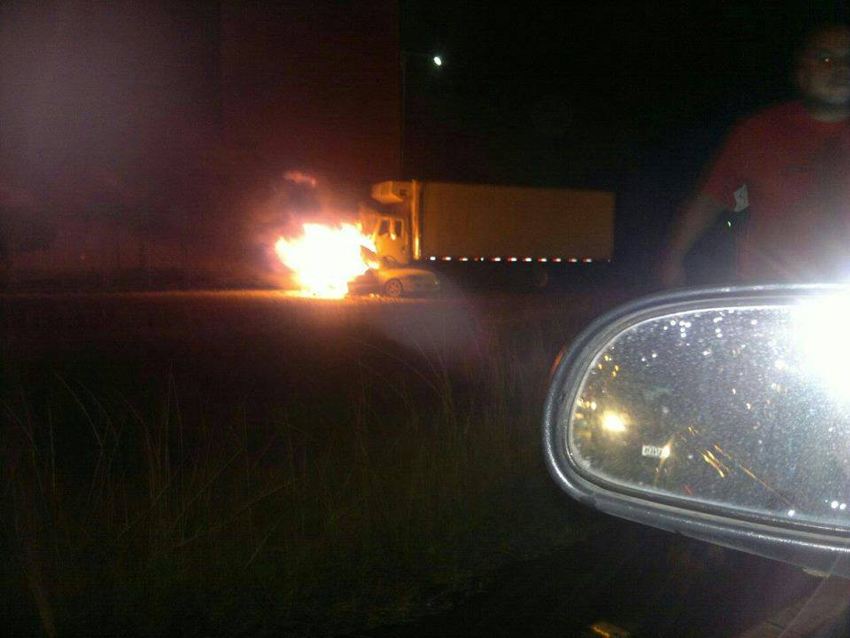