OP-ED: Where Are We Now?

COSTA RICA OP-ED – Bottom line is that I have an opinion that Costa Rica is on the road to deep, a very deep international financial crisis unless we modify the constitution, the thousands of mundane, often repetitive regulations and those laws that are next to impossible to comprehend. 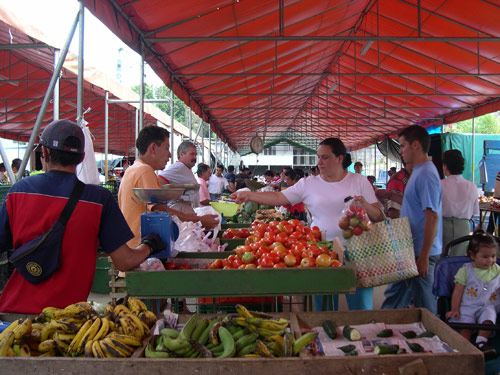 Most importantly, we have adopted the first-world and keep on financing our lifestyles much like that world; therefore penalizing, obligating the youth and those who live here under the age of forty to “pay back”.

In the most simplistic terms; we cannot keep on going absent of direction and unscathed by history. It will not take long for the credit world to reduce our standing to “junk” and that might be the best of all scenarios. (The warnings have been published) The worst case would be to become another Argentina, Ecuador, Jamaica, Ukraine or Detroit, Michigan and default on payments which now total or are close to 47% of the annual budget.

To cover government costs in 2015 it is predicted to pay 53% with tax revenue but 47% of that cost is by issuing even more bonds. That translates to larger payments on interest and 39% of gross income than what Costa Rica paid out in interest in the year 2013.

In human terms, inflation is running at an estimated 5.4% and not the predicted 3% – 5% as predicted. Most economists are predicting a 2014 year end inflation rate between 6% and 6.5%.

Solís alone is not the culprit.

Costa Rica designed and implemented a system of built in payments to bureaucracies, government employees and institutions that are embedded into the constitution and etched in bronze. I argue, the “holy” constitution is antiquated and is being abused by those who can gain the most from it and those who are convicted of crime but walk free based on any of the hundreds of technicalities that the document offers.

We are too liberal in holding feet to the fire, so to speak.

As a start; we need two term presidents, a limited term congress who are voted in by “direct” vote for no more than two terms and we need to cut, with a sharp scalpel, many of the redundant, mundane and useless laws and regulations that run Costa Rica.

Through the bureaucracy we have created the monster of Dr. Frankenstein. It is the bureaucrat and his/her hobbit which laughs in the face of “change.”

For example, it is by constitutional law that public universities receive 14% of GDP increases in budgets each year and government employees receive a 4% increase in salary + multi-benefits and perks such as a one month vacation.

This is archaic socialism that historically has not worked.

The mix of neo-liberalism and liberalism has always fostered social/political economic conflict. While wanting to do “good” for the masses, especially the poor, will sometimes result in extreme economic measures such as in Venezuela that ultimately harm the general population. Costa Rica has historically been able to balance both sides. However, now economics begs the question if this mixed salad can survive much longer.

Economically, we are similar to countries such as Argentina, Ecuador, Venezuela, Cuba, Cyprus, Jamaica, which each government is rated as “junk bonds quality. Translation; the interest rate on all loans, government or private, will increase by 15% to 20% annually. Something this country can never, ever afford.

The national question to the president is “how?” We are what we are and how do you plan to increase investments, reduce the costs of living, clean up corruption and provide 217,000 more jobs?

Where are we and where will we be?