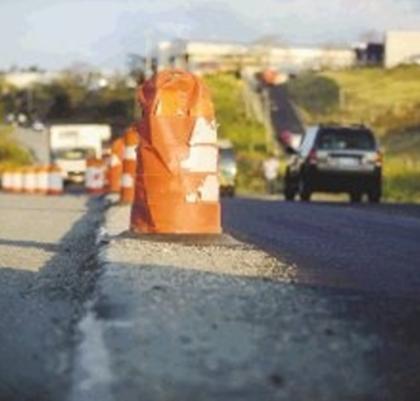 It is only 11 kilometres between the Juan Santamaría interantional aiport and the cruce Manolo’s (Manolo’s crossing), in Alajuela. This stretch of road is one of the most important in the country, it leads tourists and nationals to Pacific coast beaches, resorts, volcanoes and small towns.

It is also a heavily trafficked business route, connecting a large number of industrial business parks to San José.

And it is this stretch of road, called the Bernardo Soto and forming part of the Interamericana, that over time had become one of the worst roads and dangerous due to lack of maintenance and compounded bad repair jobs.

Before the work began, the right lanes in each direction of the four lane road were such that they could hardly be used unless one wanted a bouncy ride and/or end up in a ditch. The only useable lanes were the centre lanes and then not in the best of condition.

Without a question it was time to “really fix” this important road.

Work began on the reconstruction of the road last year and still is oingong today, as the project continues to consume a major part of the ministerio de Obras Públicas y Transportes (MOPT) budget for all road maintenance work.

This 11km section of the Bernardo Soto represents 5.32% of the 200 kilometres of maintenance contract awarded to the H. Solis company. However, according to an investigative report by La Nacion, the work has so far consumed 82% of the budget for all road maintenance in the country.

That means that there is only ¢1.3 billion remaining to maintain the other 189 kilometres of road identified by the Consejo Nacional de Vialidad (CONAVI), a division of the MOPT, as needing maintenance, that includes 9 majors road in Alajuela alone.

The solution, according to Pedro Castro, MOPT Minister,  is he will have to get CONAVI more money to complete its projects.

The minister did not provide details on the amount.

Minister Castro, who is not responsible for awarding the contract, said the project is one of reconstruction and not maintenance, as defined by CONAVI and approved by the previous MOPT management. Castro added that in the future maintenance and reconstruction contracts will be tendered separately.

Confirming that the project is one of reconstruction is the Lanamme in  its November 2012 report, which questioned the CONAVI referring the contract as one of maintenance.

QCOSTARICA - For today, Monday, September 13, despite being...
Health