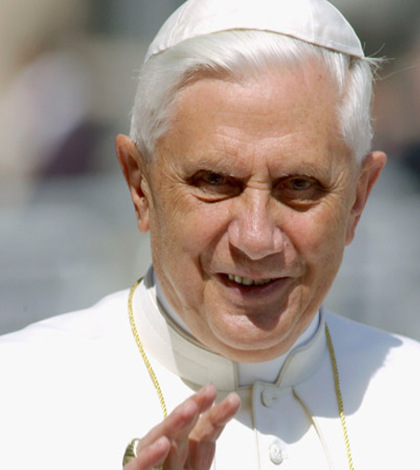 Some years back, perhaps ten or so I gave a speech in front of my congregation in Los Angeles, CA, a Catholic Church of about 1,000 people  just when the subject of “abuse” (Is there a technical difference between abuse and rape?)became both public and albeit fodder to attack the rule of the road itself. Both its teachings and certainly the roots of the Church’s moral underpinnings were soundly disgraced. 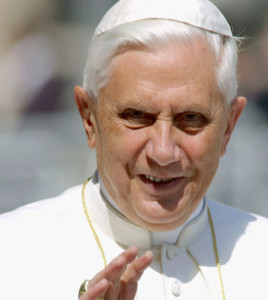 I said when,” We, just by being a Catholic, are all victims of abuse and the now public cover up. Yet, some members by far are more victims than others.”

Faced with what appears to be a growing cancer, defection of church members, (According to the BBC, tens of thousands of German Catholics deserted the Church after years of child abuse came to light in 2010.) the newer revelation of personal documents that suggest everything from, rape,  money laundering to simply over paying to purchase a toilet: Pope Benedict XVI, at 85 years old has decided his health and the overwhelming circumstances of the Catholic Church are too much to manage.

Arguing his decision is not really important although it is the first time in 600 years a Pontiff has resigned.

While we wish to believe Pope Benedict and in fact the conclave of great minds debated and really understood they had selected the right man to lead the 1.2 billion member Catholic Church , replacing John Paul  was a God like task; a man who despite death yet remains the beating heart of the Catholic Church.

While we know that Benedict is a conservative, and it is possible that as Archbishop Ratzinger he was knowledgeable of the horrific rape of children which the Church, so far has granted $2 billion in settlements for moral “misconduct”, he knew and has grown exhausted of it all. It is just possible that at his age (85) the human factor kicked in and found truth, rather than denial, excuse and cover up…The Pope, as a person, cannot go any further.

Please, based on his years of service to the cross and the code of secrecy do not expect a public confession. He is an ill man who needs benevolent care until he dies.

I find it strange, uncanny, that in so many Latin countries, and especially Costa Rica where we live, that our hands, “have been washed of blood.”

In Costa Rica, we have one priest (Minor Calvo) who was sent to prison for fraud, but none, nada who ever touched a child, a boy, a girl or nun. The odds just do not seem right!

What sincerely scares me…The Cardinals who elect a Pope only need to be under 80 years old. And some, such as Cardinal Roger Mahony of Los Angeles, California (1.2 million members) himself has been relieved of his duties (Not defrocked which is the next step) for covering up, years and years of rape – abuse of kids of all ages, protecting fellow priests gets to vote for the next Pope!

Mahoney was known as the progressive priest, the father of immigration, the man who  openly fostered equality, especially among the homeless.

But he hid his pedophile priests from the law, he covered up rape and made sure the guilty before being legally accused where sent to other parishes and did nothing to cooperate with the law of this land, and in so doing violated the sacred laws of his faith.

And guess what? Even after being stripped of his priestly functions, Cardinal Mahony can and will vote for the next Pope after February 28, 2013.

Calvo got caught defrauding the public, but there is not a single case, in all these hundreds of years of priests raping children and only a back-room whisper that the “cloth” had forced sex with nuns.

It so terribly pains me, but I cannot think of anything more than that which epitomizes organized crime more than religion. You can justify about anything?

“Yet, here I am a believer of a better world after death and that puts me on par with the three major religions : Jews, Islamists and Christians.”

The hard part is finding your personal road up the same mountain as mine. There are many paths and mine might well not be correct for you, however, if you follow one or two or more, in the end “just being good”, the will get to the same place.
In the end of life, I have not a clue where that will be; but in can’t be bad.